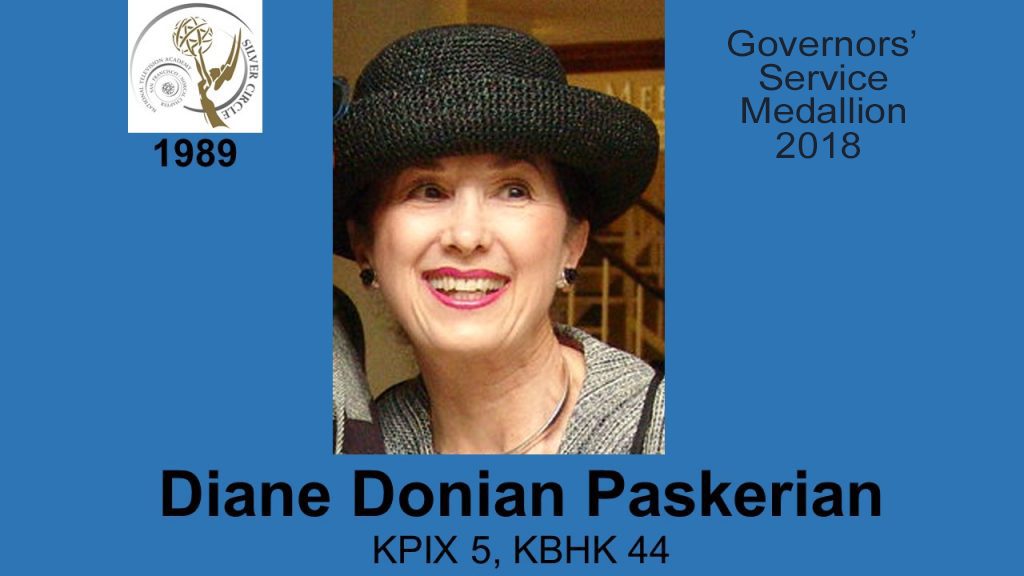 DIANE DONIAN , currently Deputy Director of the California Office of Tourism, was professional media person in San Francisco for ’25 years, handling press relations, promotion and marketing for personalities and organizations alike. As a producer and talent coordinator at KPIX, KBHK-TV and MGM, ABC and NBC in Los Angeles, her credits include such shows as Bell Telephone Hour, Frank Sinatra Show, Bing Crosby Specials and others. She is a founding member of the San Francisco/Northern California Chapter of NATAS.