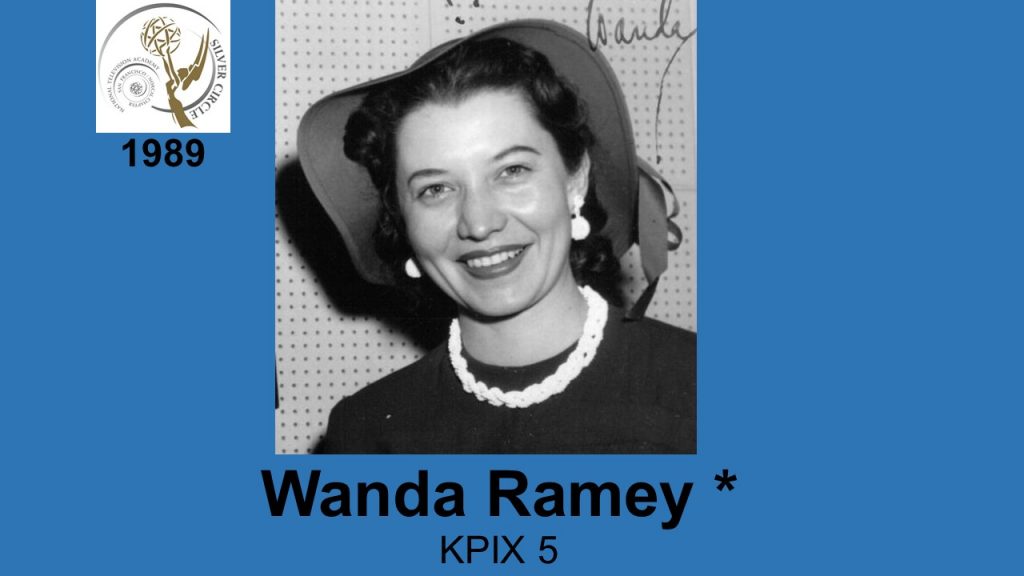 WANDA RAMEY was the first woman news anchor in Northern California, Working at KGO-TV in 1951, later moving to KPIX in 1957 where she spent the next 10 years. She was also affiliated with KQED-TV and PBS as the San Francisco correspondent for a special weekly news magazine. Wanda also served as West Coast correspondent for Voice of America for 10 years during the 1970s. She  has won many honors, including an EMMY, and she was a member of the AFfRA Board of Directors.