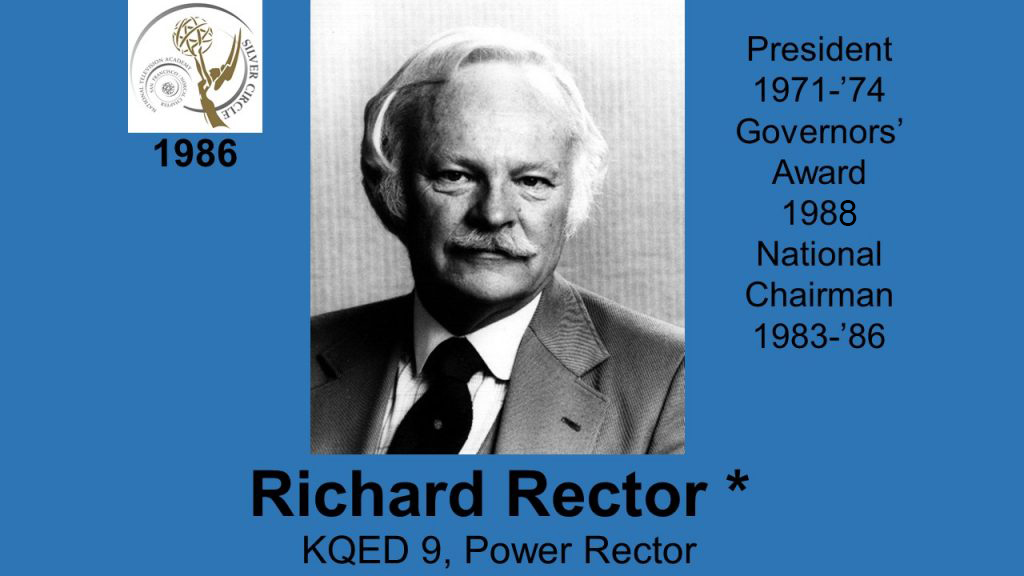 RICHARD R. ‘Dick’ RECTOR is President and Executive Producer of Power/Rector Produc­tions, Inc. and National Chairman of The National Academy of Television Arts and Sciences. He has been active in television since 1952 having produced network and local programs for over 33 years. He worked with CBS, Viacom Cable as West Coast Program Director and was Executive Director of Bi-lingual Children’s Television.