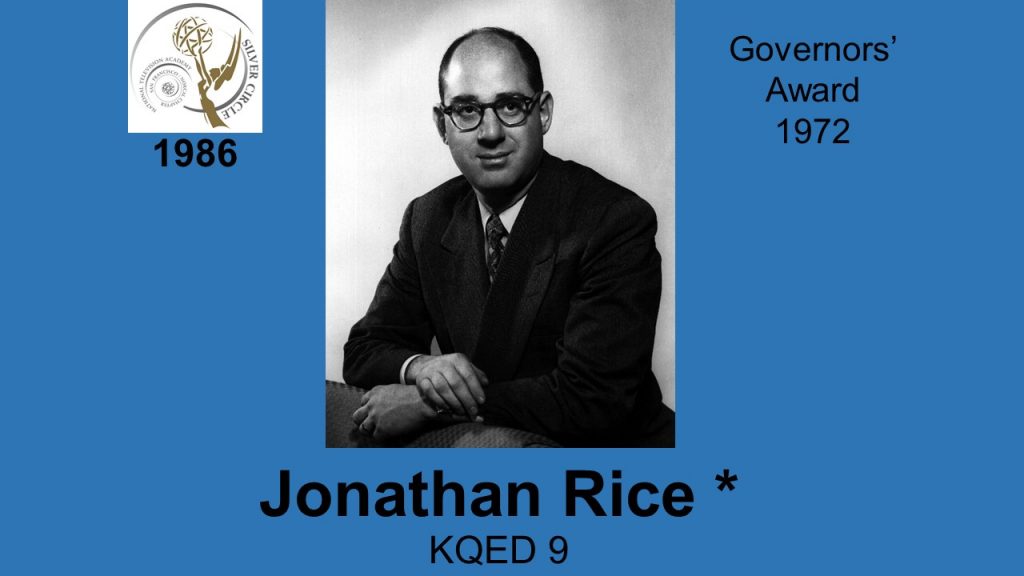 JONATHAN  RICE, KQED, started in television over 38 years ago as a News Editor for KTLA in Hollywood. In 1953he switched to educational television, and is recognized, along with Jim Day, for having founded KQED. Jon served as Ch. 9’s Program Director until his retirement. He received the Governors Award  in 1973.He still serves KQED as a consultant and fundraiser.