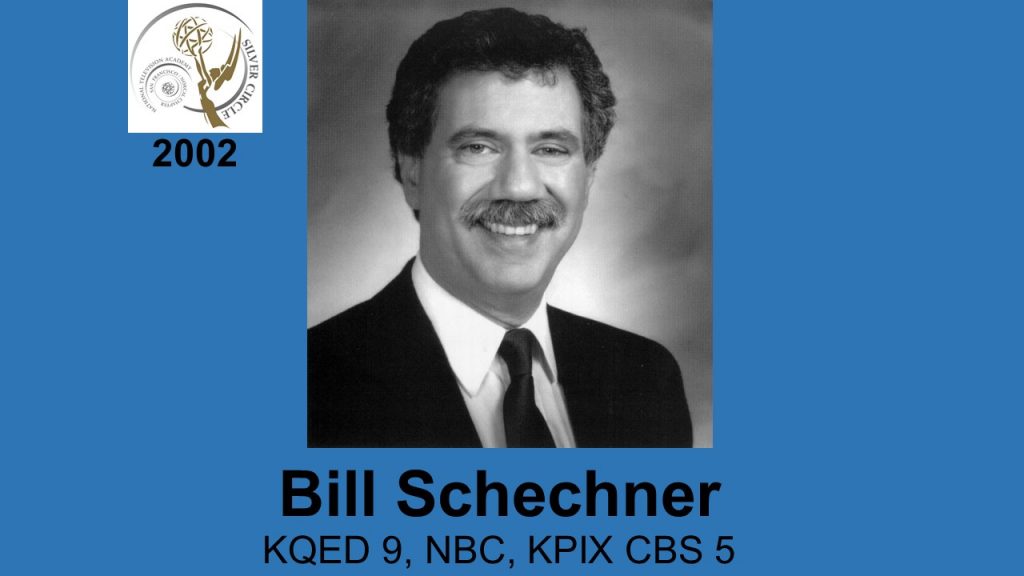 After a brief career in radio, BILL SCHECHNER was hired as a reporter for the KQED Newsroom in 1972.  He joined KPIX in 1976, working as a general assignment reporter.  His Schechner’s Journal series picked up two Emmy awards.  In 1981, he joined the NBC television network as a national correspondent and worked as a co-anchor, with Linda Ellerbee, on NBC News Overnight.  Bill returned to KPIX in 1992, working as a morning and noon news anchor as well as a general assignment reporter.  Bill is known as one of the best story tellers in the business.  He also produced Bay Area Newsreel for Kids, a weekly news program for teen-agers.  In addition to the Emmy awards, Bill is also the recipient of a DuPont/Columbia University Award, the Edward R. Murrow Award and the Charitas Award.