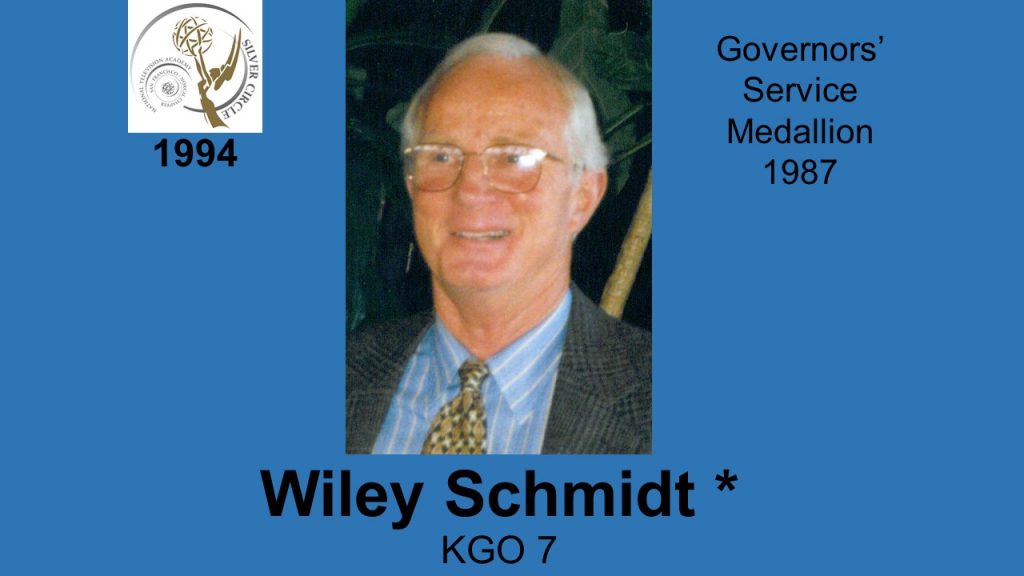 WILEY SCHMIDT Through his career, Wiley moved from designing window displays at the San Jose Emporium (1957-1959) to his position today as arc director at KOO-TV, where he is responsible for all phases of Channel 7’s aesthetic direction. He has received recognition for his excellence through five Emmys and more than a dozen Broadcast Designers Association (BOA) awards in varied categories. A leader in advancing his profession, he was active in the formation of the BOA, now an international organization, and served on its Board, was its president (1988) and twice chaired the BOA Design Competitions.