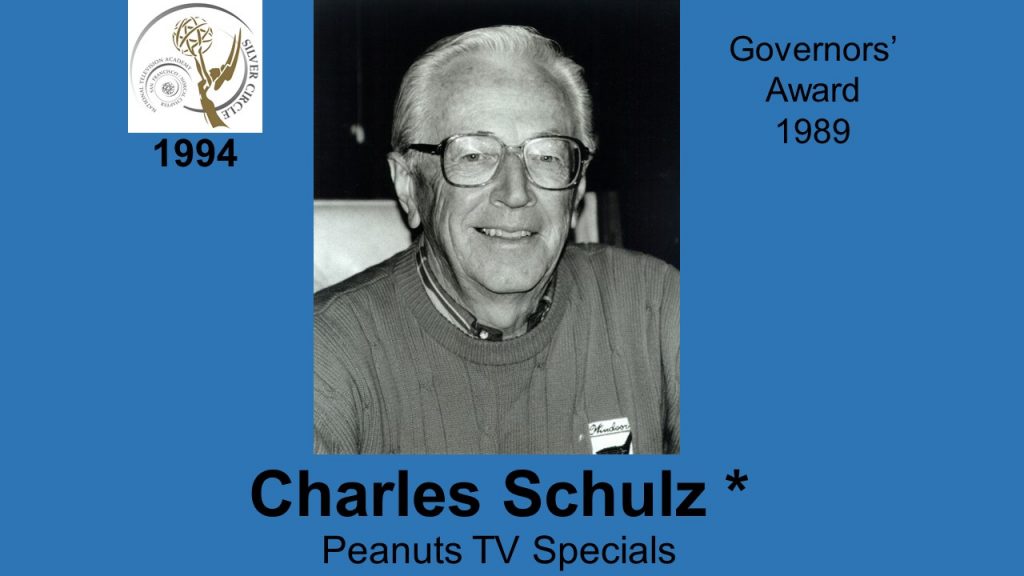 “My ambition from earliest memory was to produce a daily comic strip,” and that’s exactly what CHARLES SCHULZ has done since Peanuts debuted in seven newspapers in 1950.  Unlike many top-rank cartoonists, Schulz draws every strip himself.  He also writes the scripts and storyboards for the Peanuts television specials, which have earned five Emmy and two Peabody Awards.  Schulz has been inducted into the Cartoonists Hall of Fame, has received two Reuben Awards from the National Cartoonist Society, and honors from both the French and Italian Ministries of Culture.  He is also a Governors’ Award recipient from the San Francisco NATAS Chapter.  Charles, a Bay area resident, is very involved in community affairs.