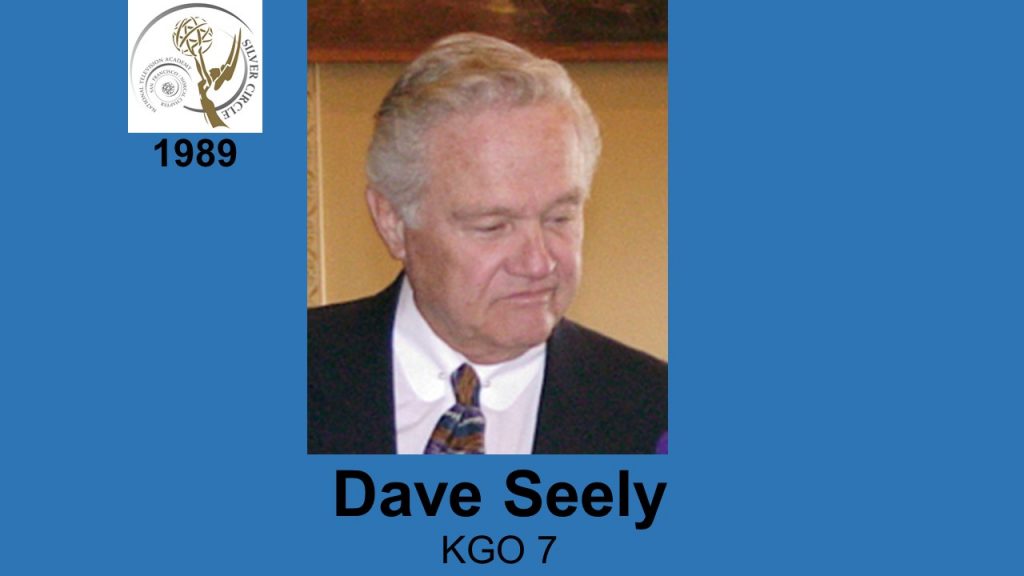 DAVID SEELY has served the technical and management needs of KGO-TV for 35 years. Dave went to work in 1950 as a cameraman, audio engineer, and video engineer  on many local and network programs. He became Technical Director in 1959 and Technical Manager in  1969, a position he held until his retirement in 1985. Programs he worked on include Wide World of Sports, Tennessee Ernie Ford Show, Anniversary Game and pilots for Laugh In and the Gong Show.