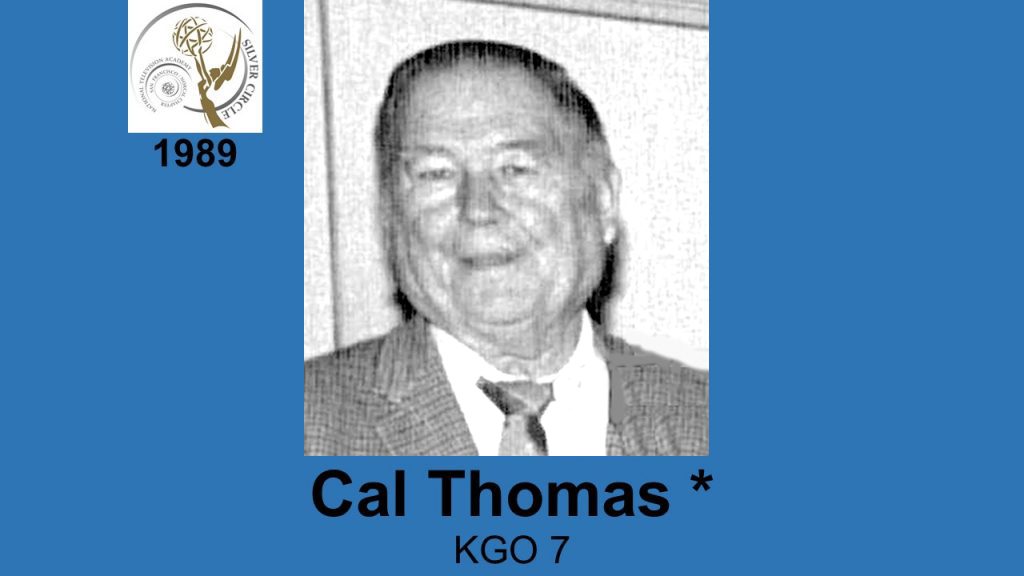 CAL THOMAS sold his first painting when he was 14 years old, and he was working as a surveyor at 18. His friends thought he was out of his mind when he resigned as a surveyor for the City of San Jose to talce a job (at a lesser salary) as an artist for KGO-TV. That was in 1950, and for the next 36 years Cal designed sets for many programs, including Jack LaLanne, Harry Owens, Science in Action, Albert Wilson, Korla Pandit and Don Sherwood’s “San Francisco Tonight”-for which he won an EMMY for Art Direction. He later served KGO-TV as Art Director, Pro­duction Manager, Program Manager and n Labor Relations.