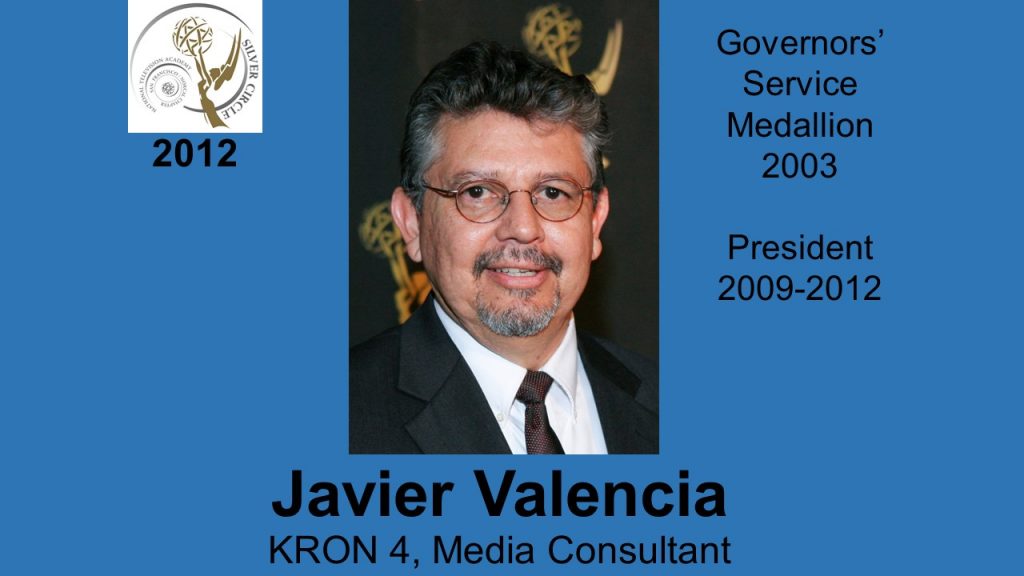 Javier Valencia received his B.A. in communications and political science from Stanford University in 1979. He immediately went to work at KRON 4, where he was Community Relations Manager until 2009. Valencia now works as an independent producer and travels extensively. He is the recipient of a National Emmy® Award for Community Service; a Peabody; a Sigma Delta Chi Award from the Society of Professional Journalists; an APTRA Mark Twain Award; and two regional Emmy® statuettes for his work on Beating the Odds/Students Rising Above. He was awarded the Chapter’s Governors’ Service Medallion in 2003. In 1998, Valencia and news anchor Wendy Tokuda established the Beating the Odds College Scholarship Fund, providing financial and emotional support to students who have overcome exceptional hardships. He is also a founding member of the San Francisco AIDS Emergency Fund and Christmas in April-SF (now Rebuilding Together).  Valencia has served on numerous community boards including: the Volunteer Center of San Francisco; New Conservatory Theatre Center; San Francisco AIDS Foundation; and San Francisco Education Fund. He is a past President and Awards Chair for the San Francisco/Northern California Chapter of NATAS, and a former National Trustee.