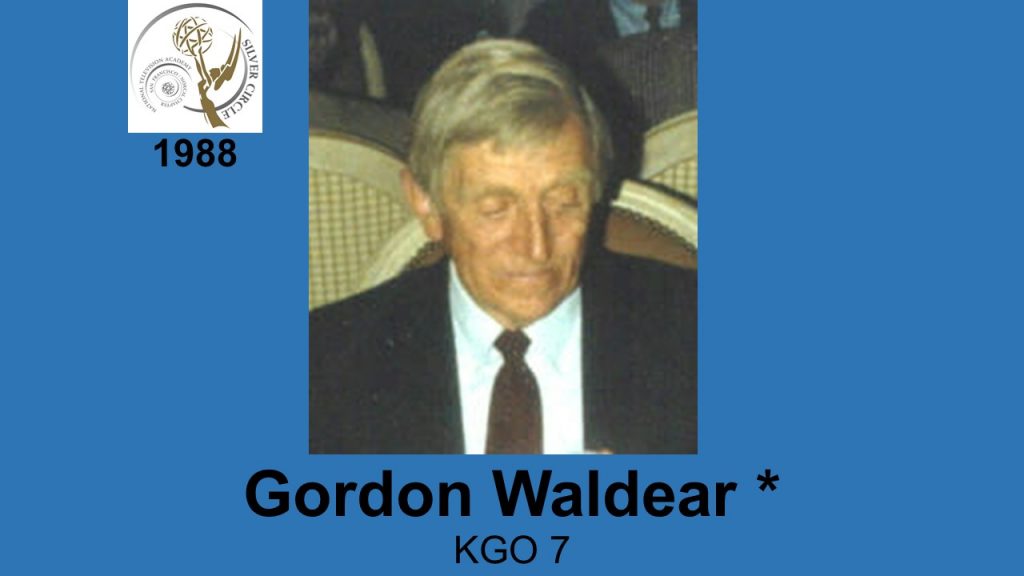 GORDON F. WALDEAR, Freelance writer/producer/consultant, has a newspaper background . He has worked in Washington, D.C.,Rockford, Illinois, Santa Rosa and Oakland . He joined KGO in 1954 to produce a 17 part series “FYI.” From 1955to 1960 he freelanced with KGO, KRON and KPIX working on sucli shows as “Success Story” and “People With A Past.” He rejoined KGO-TV in 1960 creating “Expedition California.” He also served as Special Projects Director, executive producer, producer and writer, and has garnered 36 awards. In 1972 he set up his own company and joined Dick Fernandez in 1982 in Location Video Services.