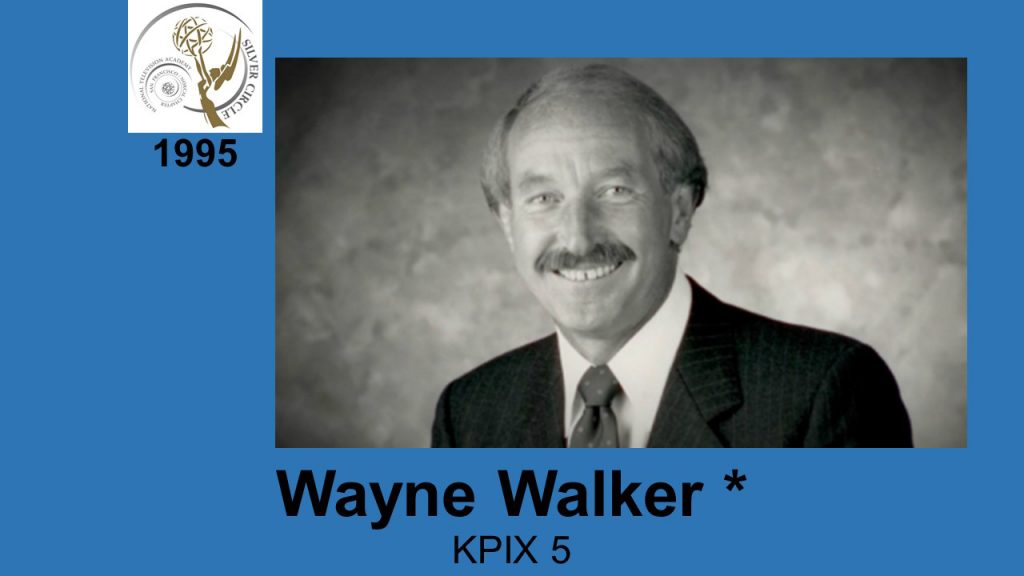 WAYNE WALKER-Recently retiring ·as sports director/anchor at KPIX, Wayne was highly visible ever since he joined Eyewitness News in 1974. His on-air activity predated his San Francisco news coverage, beginning during his days as an outside linebacker for the Detroit Lions, from 1958 to 1972. During his off-season, Wayne was a sports commentator for WJBK-TV, the Detroit CBS affiliate. After joining KPIX, Wayne also provided color commentary for CBS’s National Football League games for several years, and has been featured as a member of the KGO Radio sports team. Wayne has returned to his native Boise, Idaho, to live in retirement. Wayne declined an offer to play pro baseball to play football at the University of Idaho, where he graduated with a degree in business administration.