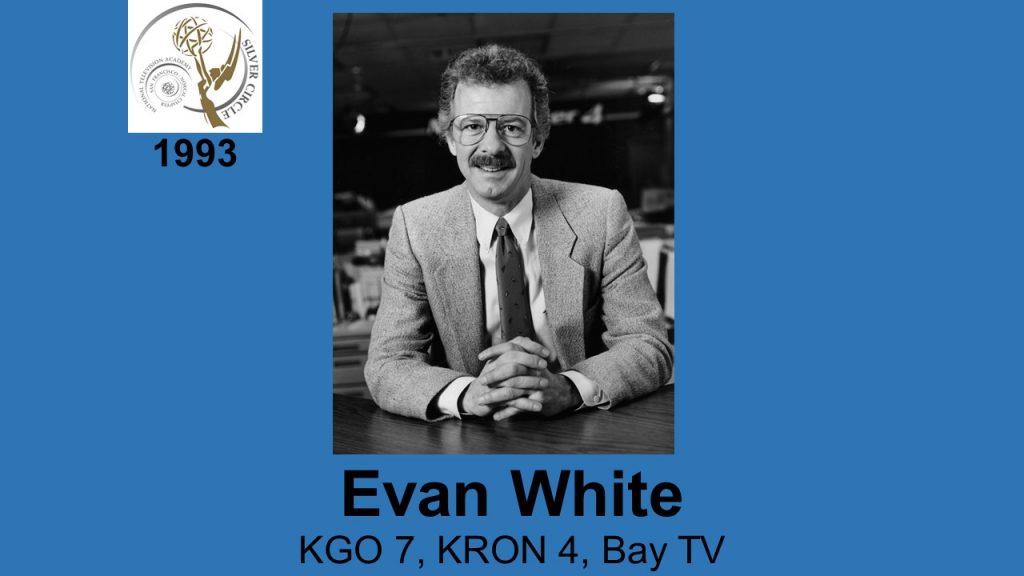 EVAN WHITE A national Emmy Award recipient, Evan is KRON-TV news anchor and investigative reporter.His Target 4 Reports and news documentaries are often characterized by their controversial nature and many have prompted viewers, legislatures and other media to take action.Starting out in Alaska, he has worked with KGO-TV and KPIX, as well as KRON-TV. He has also worked as an independent producer/director of political films and documentaries.