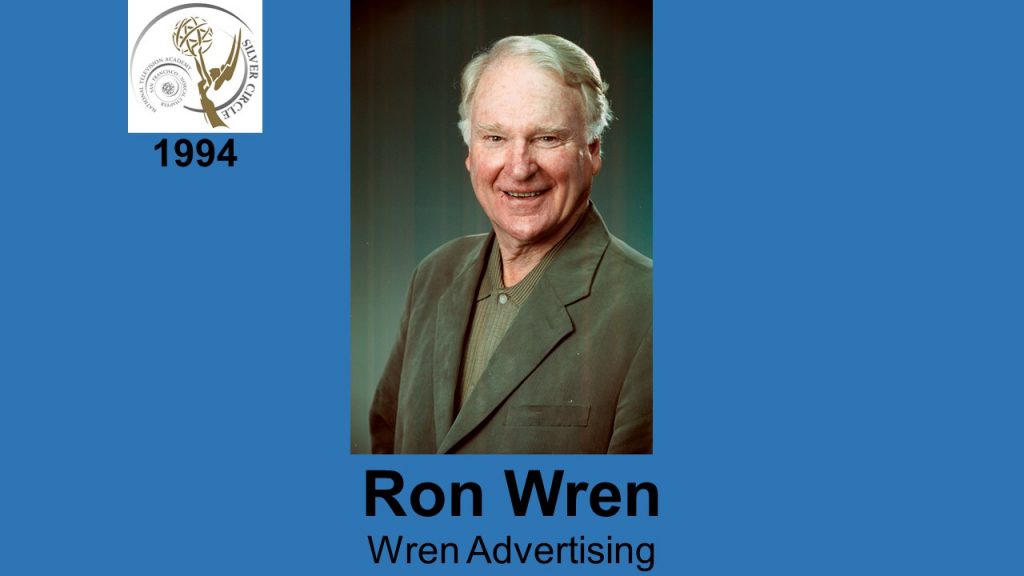 RON WREN In his station career, Ron was publicist for the cause of good television and an accomplished creator of station campaigns and promotion materials. In advertising agency management and ownership since 1966, his support of the television medium as a selling force has  helped  not  only  the Bay Area business community, but also provided continuing revenue for the local  television stations.