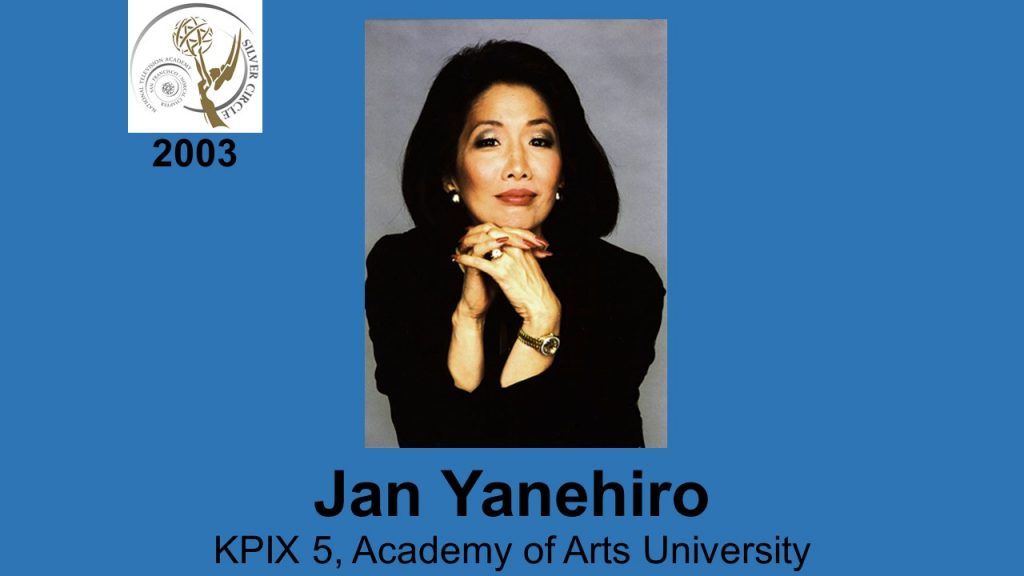 Jan hosted “Evening Magazine” on KPIX  from 1976 to 1990 . It was this program that the magazine format for television was born. She has won many awards for this show and says it was “the best job in the world”. In subsequent years she has been hosting documentaries on the Japanese American Experience during World War II. To date, she has raised the funds to produce and host six documentaries. Her proudest moment was being included in Stanford Chen’s book “Counting on Each Other”…as a “pioneer” in broadcasting.  She now owns her own production company, Yanehiro Inc.