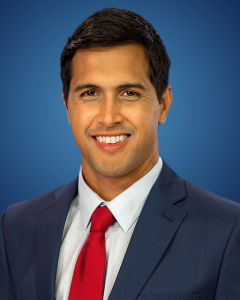 Brenton Awa, anchor at KITV in Honolulu, is promoted to co-anchor of the station’s 5 p.m. newscast, joining Moani’keala Nabarro. Joining KITV in 2013 as a reporter, he became co-anchor of Good Morning Hawaii three years later.

Have a new job or get a promotion? On the Move would like to know. Please let us know by writing to Off Camera Editor Kevin Wing at kevin@emmysf.com. Copy deadline is the 20th of each month.