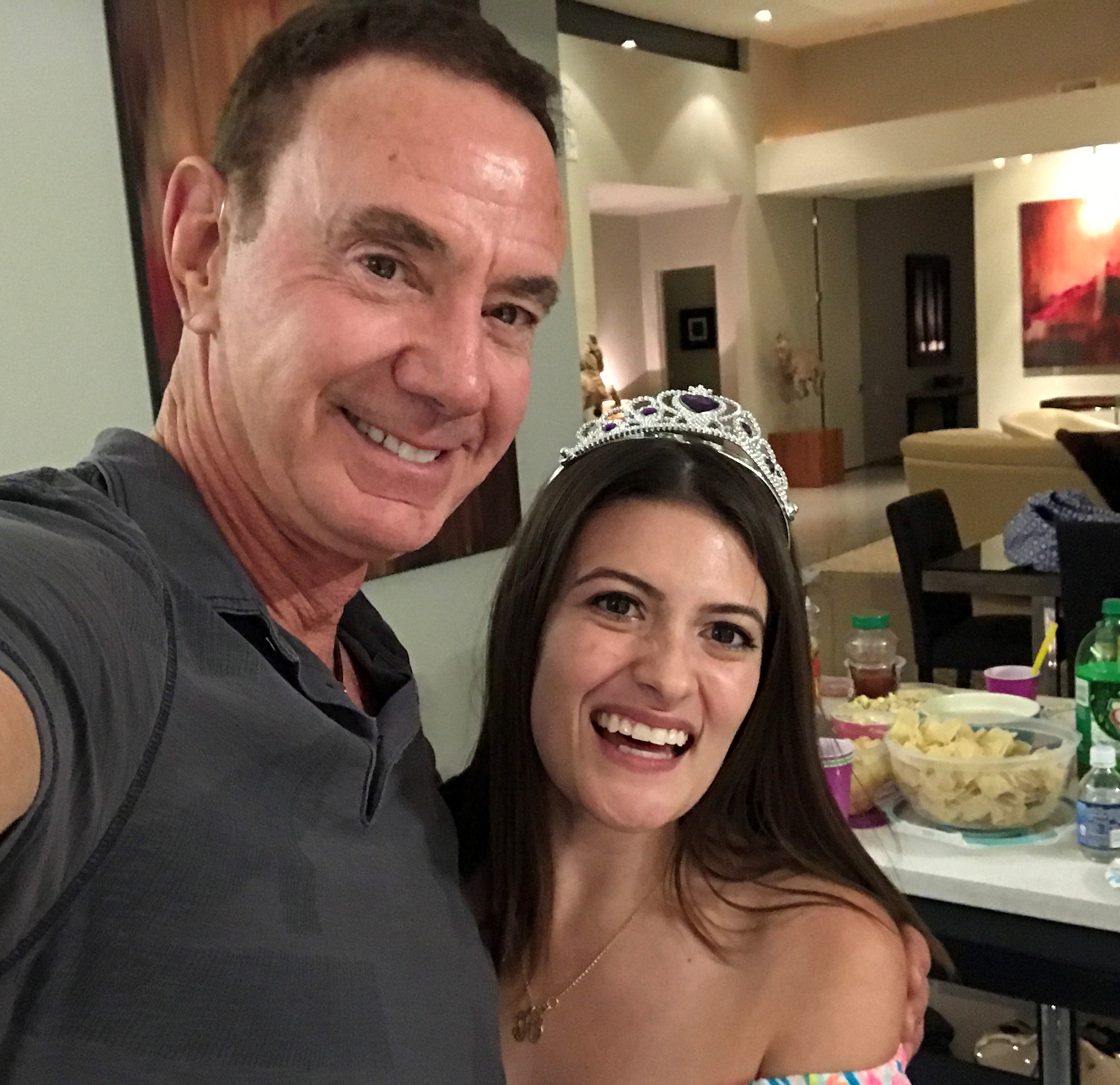 Broadcast journalism is in Dan Adams’ blood, and he remains a go-getter. Adams was a news reporter at KXTV News10 in Sacramento for decades. Now, he’s mentoring news professionals at NBC affiliate KMIR-TV in Palm Springs.

And this just in: one of the producers he was working with has been hired by NBC affiliate KCRA in Sacramento. Tyler Harrison produces the 6 & 11PM newscasts at KMIR. Soon, she’ll be producing news at KCRA-TV.

Adams said that working in Palm Springs is usually the first job for producers and reporters right out of college. Walking into the newsroom as a volunteer mentor back in April, Adams said that he sensed the staff was a little skeptical.

“They didn’t know why I was volunteering to help them and wondered what my motive was,” he said. Then, after a great day in the field working with a reporter on a story, everyone got it. “And thus began what has been a remarkable experience for me as well as for the reporters,” said Adams.

During his more than two decades of reporting at KXTV, Adams received four Emmy® Awards, an Edward R. Murrow Award for excellence in journalism, and more than a dozen Associated Press and Society of Professional Journalists awards for reporting. Adams retired in 2008, moved to Puerto Vallarta, and after seven years there, decided to return to a home he had purchased in Palm Springs.

An experienced broadcast journalist, Adams mentors a small staff of reporters and producers at KMIR. Adams said that he’s pleased to see changes. “They have gone from using no natural sound in their pieces to filling the story with sound that takes the viewers there,” he said. “They are relying less on sound bites from officials and instead paraphrasing what the officials say and let the people impacted tell their story.”

The partnership began to take shape during a lunch between Adams and KMIR Political Analyst Hank Plante, who also is living in Palm Springs these days.

“I told Hank I wanted to do some volunteer work,” Adams said. Plante worked 25 years at KPIX in San Francisco before retiring in 2010. Prior to that, he was a print journalist at The Washington Post. During his career, he received a Peabody Award and six Emmy® Awards.

Plante suggested Adams contact the station’s general manager. “I think they were a little surprised that someone would propose working without pay to help their young reporters, but as I explained, I have free time and wanted to give back to the industry which was so good to me for 30-plus years,” Adams said.

“I find it extremely rewarding and love seeing the reporters improve so much,” he added. “They have become more aggressive and critical when it comes to finding stories and executing them. As a result, they have become much better storytellers, leading to a more interesting and compelling newscast.

The MENTOR MATCH PROGRAM from NATAS SF/NorCal can help you be a mentor or a mentee…  Send an email to office@emmysf.tv