Compassionate, credible, curious, all while showing the utmost integrity—those are just a few words to describe the great Laura Anthony.

The Emmy® award-winning veteran reporter retired from San Francisco’s KGO-TV in early January where she spent 20 years of her remarkable career. 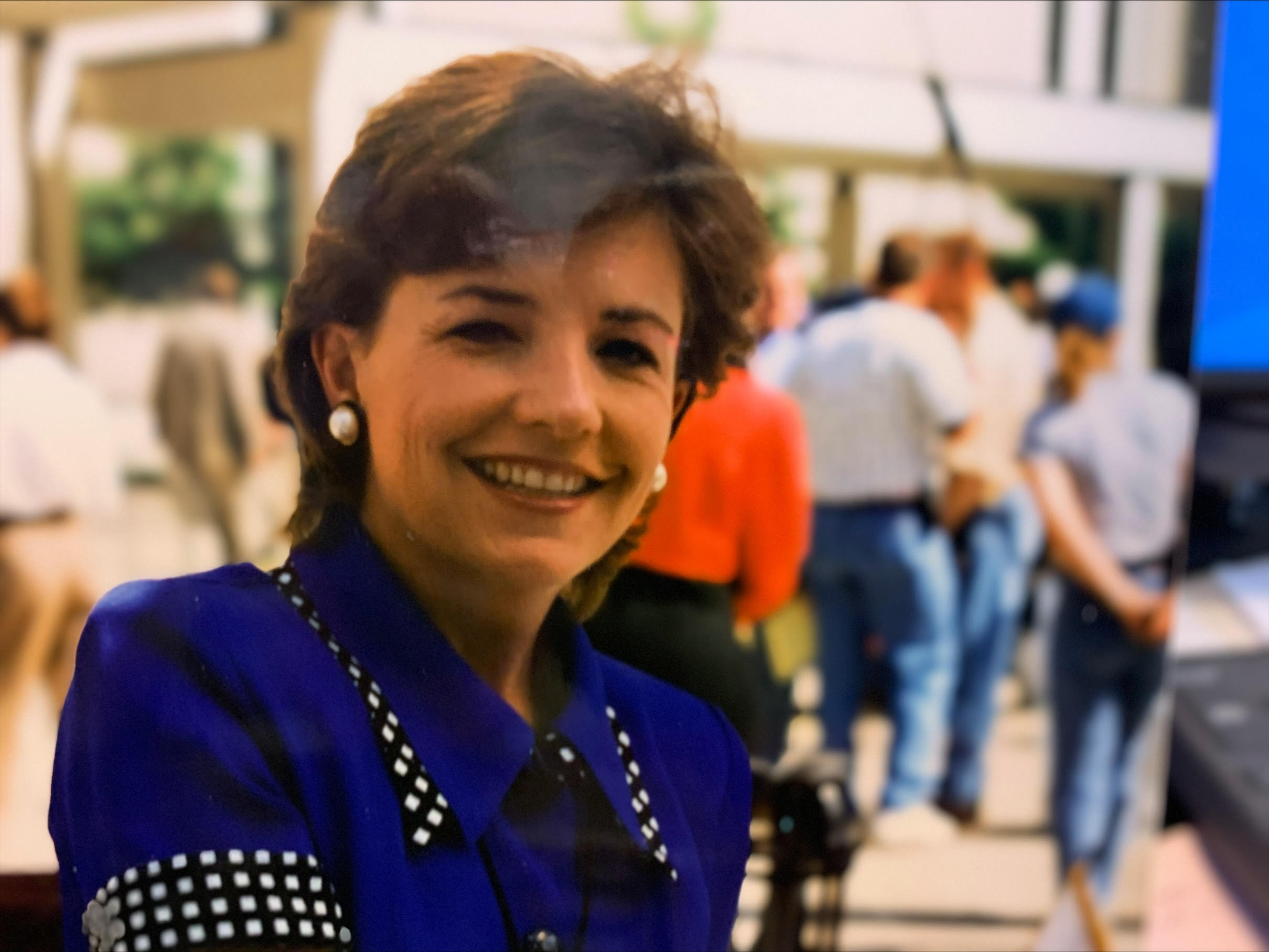 “Working here, and having this career, has far exceeded my wildest dreams and expectations,” Laura wrote in a letter to her colleagues. “I’ve always told people that being a reporter, especially on TV, is not only a huge responsibility but also an incredible privilege.”

Laura had a front-row seat to the biggest national stories of our lifetime.

Covering the most chilling court cases and incomprehensible school shootings at Columbine and Sandy Hook to Presidential elections and destructive natural disasters—her stories made you feel an emotional connection with the most impacted people she met along the way. 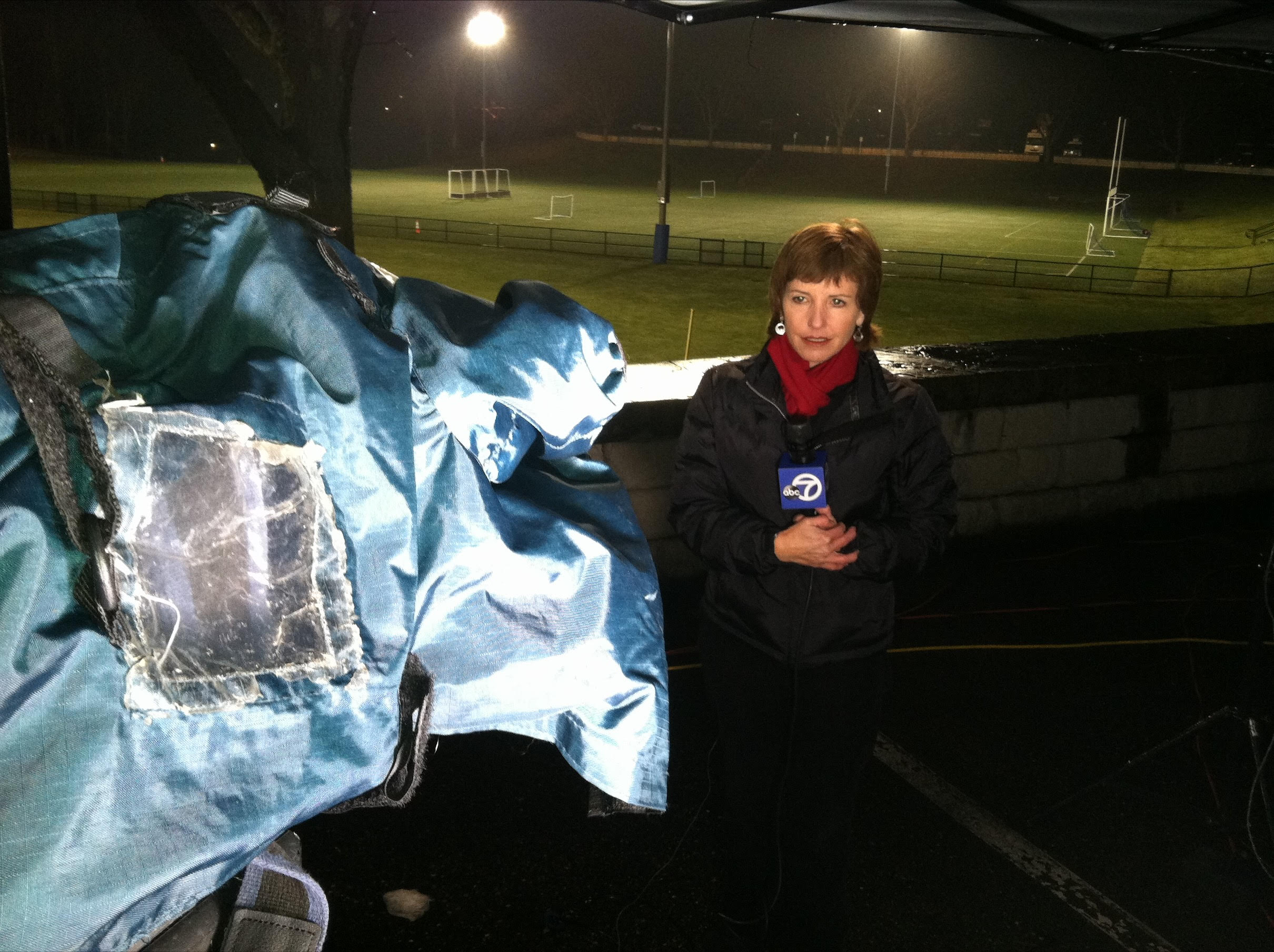 Starting her career as a newscast producer in Reno to covering tornadoes in Topeka, Laura ventured to KSL in Salt Lake City and KCRA in Sacramento, before returning home to the Bay Area to report at KRON and KGO.

“I’ve worked with Laura first at KRON and then at KGO.  So, I’ve known her for a longtime and consider her a friend as well as a colleague. She is the quintessential television journalist,” said longtime friend and colleague Vic Lee. “She always ‘gets the facts straight, the names right and gets it on first,’ as the saying goes. And she always does it with poise, grace, and authority. And her love for this profession always shows!” 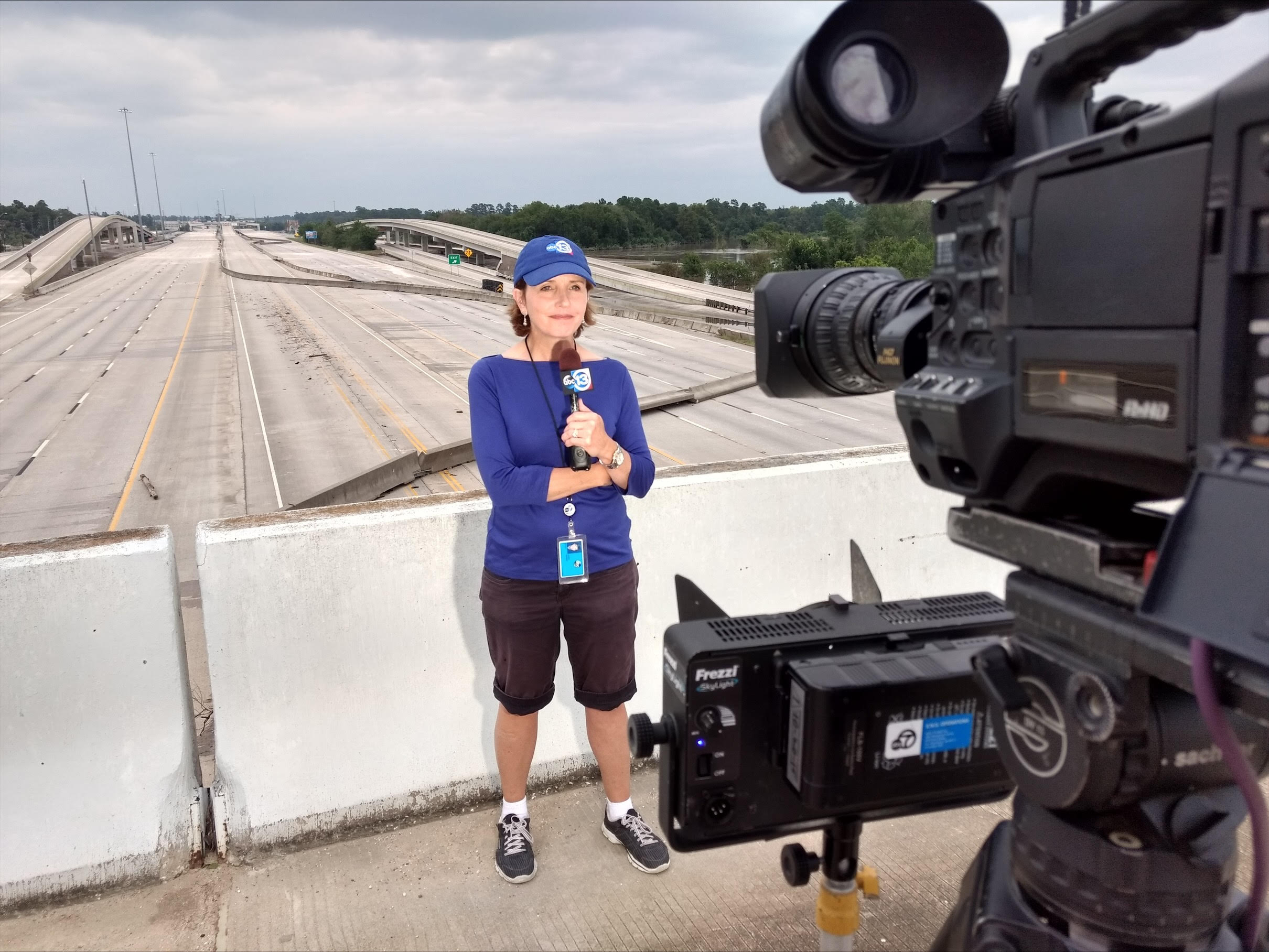 The aftermath of Hurricane Harvey in Houston, Texas in 2017.

Over the past three decades, Laura has seen it all. From Hurricane Harvey to earthquakes in Seattle and the Bay Area, to the apocalyptic fires in Malibu, Redding, Napa, and Paradise. She traveled the country to cover countless Presidential elections, conventions, and candidates including Bob Dole, Bill Clinton spanning to Hillary Clinton and Donald Trump. She witnessed the most high-profile court cases of the century—sitting in a courtroom with Richard Allen Davis, O.J. Simpson, Ted Kaczynski, Timothy McVeigh, Cary Stayner, Joseph DeAngelo, and Scott Peterson.

“In the journalistic world where some are tempted by self-interest and manipulation, Laura Anthony held strong and steadfast when seeking objectivity,” said Lyanne Melendez, a longtime friend and KGO colleague.

Laura always said for her it was never about being on TV but always about being the best reporter she could be. And she truly is—the very best. 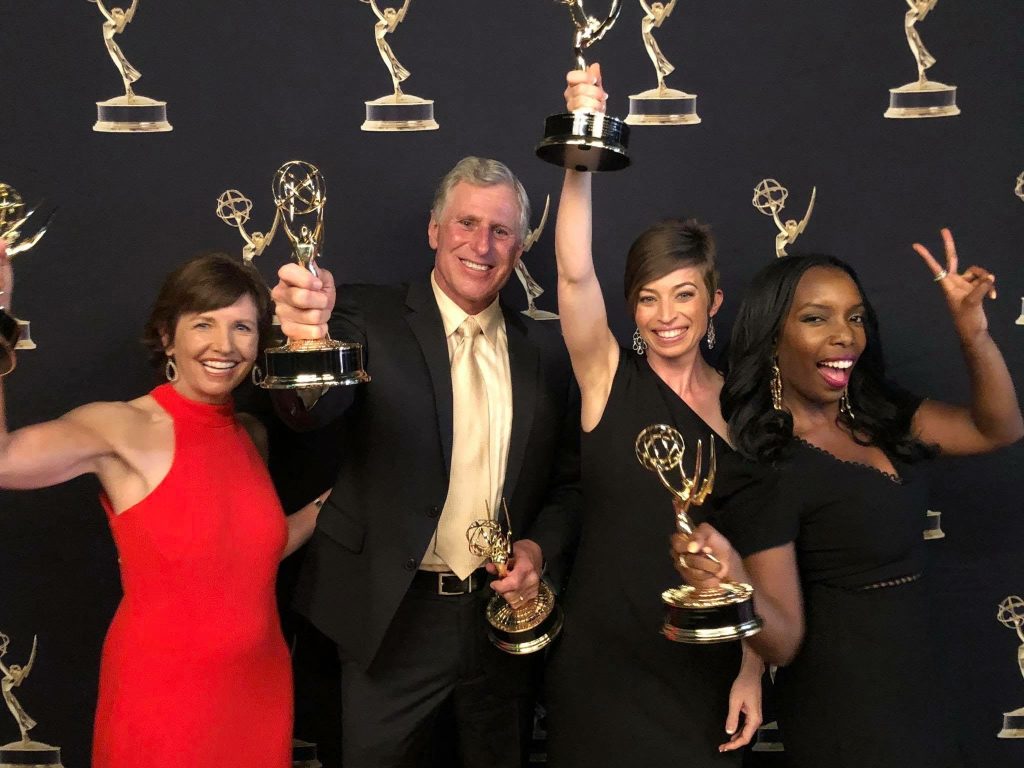 “Laura Anthony was the prototypical general assignment reporter who did everything well. More than her many great stories, we remember the body of work. Laura represents the best of old-school. It never goes out of style,” said former KGO colleague Wayne Freedman. “In an era when less experienced reporters try to build their brands with social media posts and stories featuring themselves, Laura took no shortcuts. She earned it the right way, with professionalism, accuracy, objectivity, reliability, curiosity and credibility,”

No matter the story, big or small, Laura always found a way to captivate an audience with meaning. She taught aspiring journalists the importance of finding the small nugget that may be hidden within a larger story. 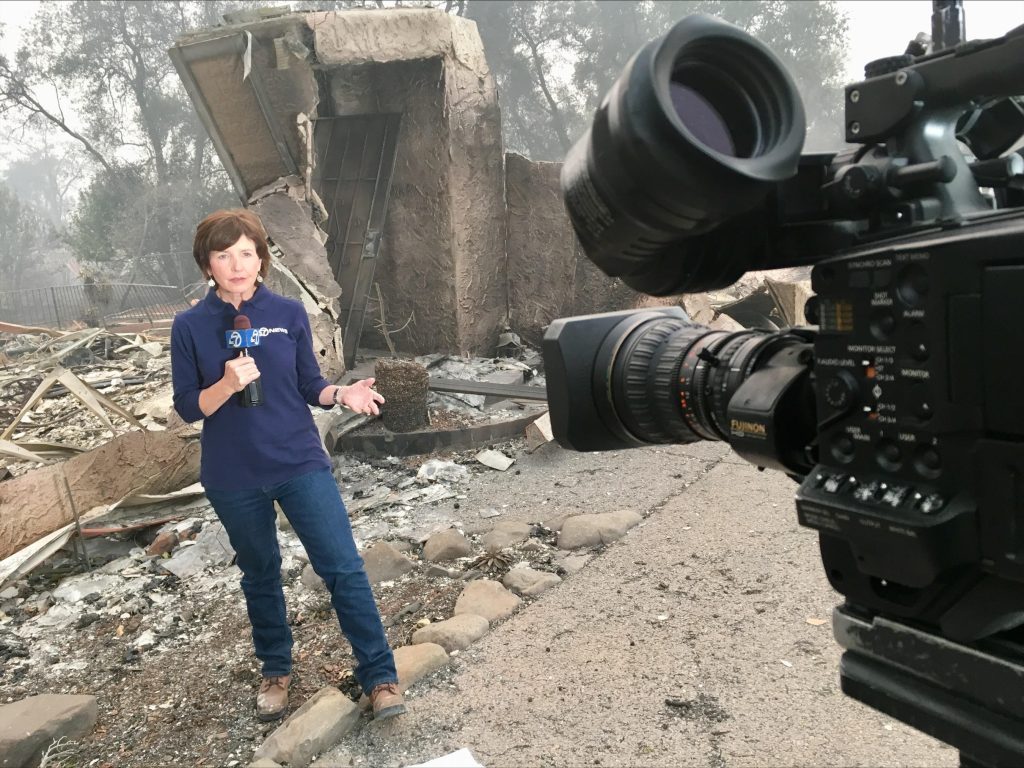 Standing in rubble following the 2018 Camp Fire in Paradise, California.

“I’ll never forget a woman I met in Moore, Oklahoma, after a huge tornado wiped out her entire neighborhood,” Laura said. “The front door frame of her house was the only thing left standing, but as we walked up—a news crew from the other side of the country—she looked up and smiled, welcomed us to what was left of her house, and offered us a cold drink from her cooler.”

Even in the worst of times, she was always inspired by the inner strength and humanity of people she met along the way. And she told those stories, fearlessly.

“There weren’t many reporters that would follow me into a potentially dangerous situation, but Laura always had my back and would often take the lead,” said Randy Davis, a longtime KGO photographer who worked side-by-side with Laura nearly every day for 20 years.

So now what? Laura says, “I’m going to take all those great stories and experiences, put them in my hip pocket and head up to live in the mountain home that my family and I are building near Mt. Rose. Skiing in the winter, golfing, and biking in the summer.”