Monthly Board of Governors meetings are normally held at a Bay Area TV station. But in December we met at the Golden State Warriors headquarters in Oakland. 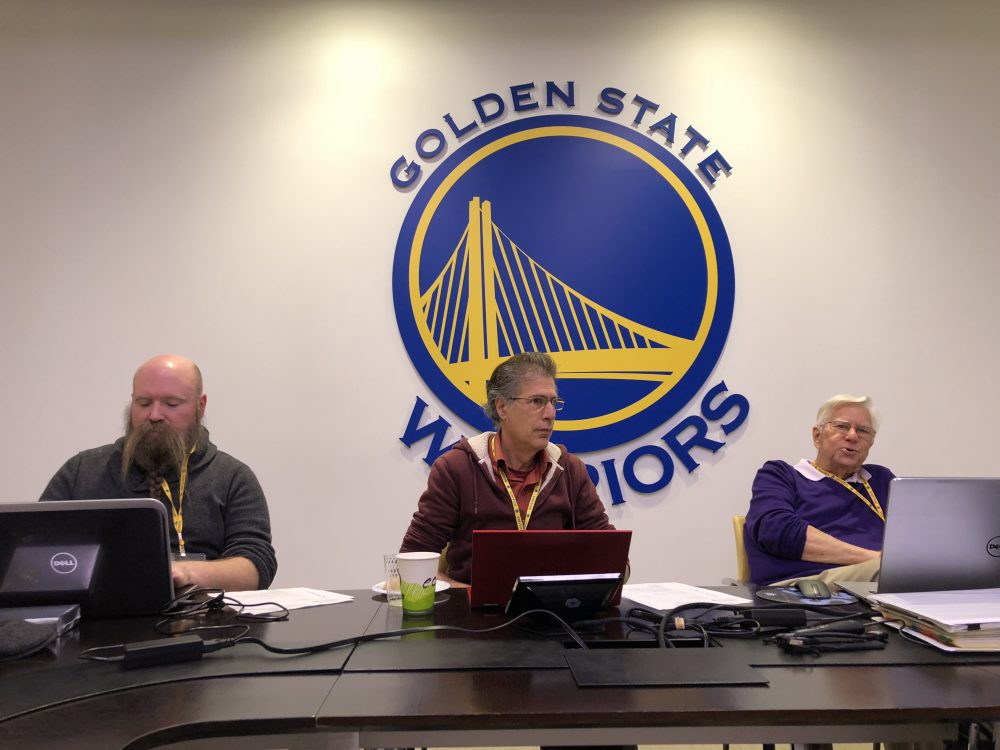 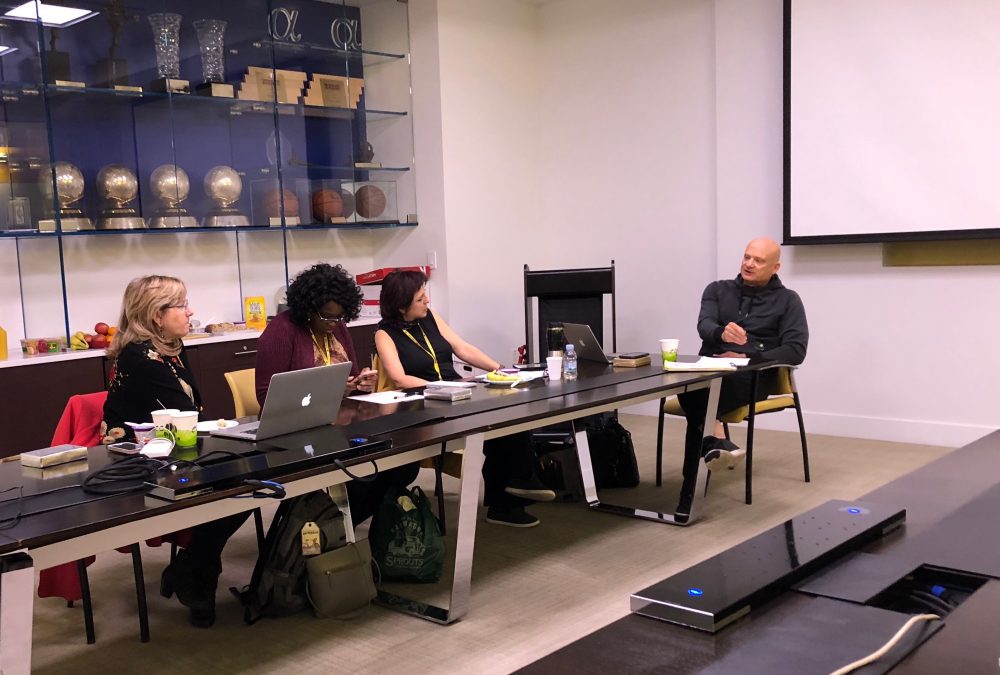 Wayne Freedman, Awards Committee Chair, runs through some changes and important points for this year’s Emmy® Awards Call for Entries. Read his Emmy® story this month, Everything You Need to Know About Category Rules and Changes.
Other Board members (L-R), Treasurer and Trustee Alison Gibson, Terry Adams, Patty Zubov. 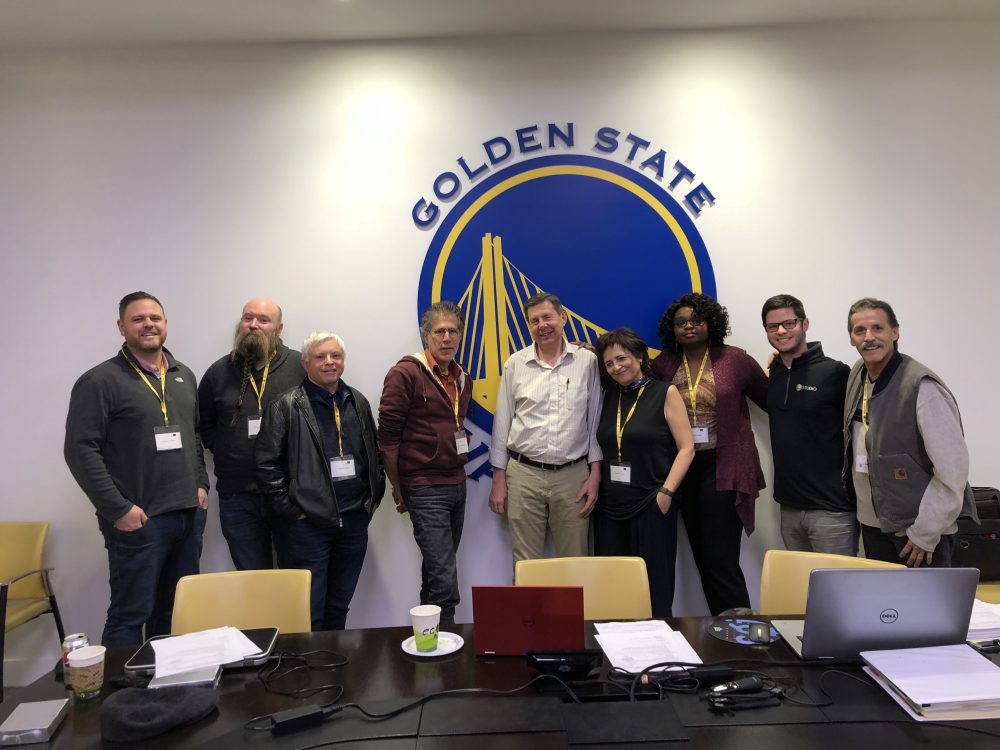 The Board meets monthly, usually at a Bay Area TV station, and by conference call – normally the second Saturday of the month from 10am to 12pm. Meetings are open to all members! 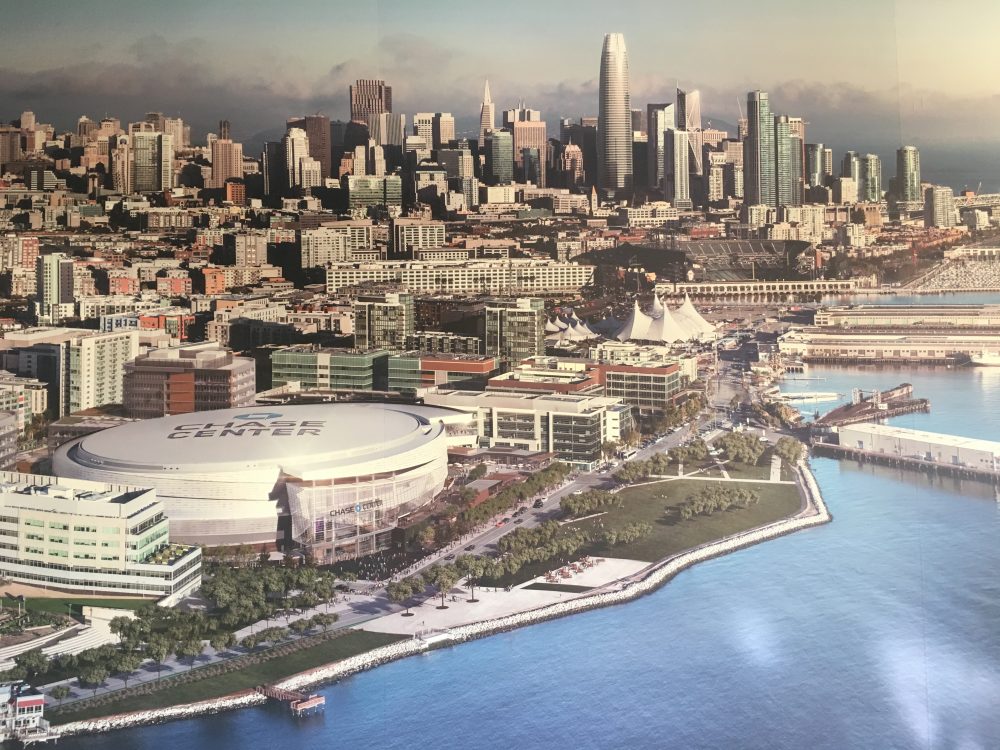 Future home of the Golden State Warriors – Chase Center, San Francisco.
The arena is scheduled to open to the public before the start of the 2019–20 NBA season.