It could be considered the best seat in the house, however, even with a million-dollar view of the Oakland Estuary, the job itself carries a hefty responsibility, in charge of several departments at a station with a legendary reputation. 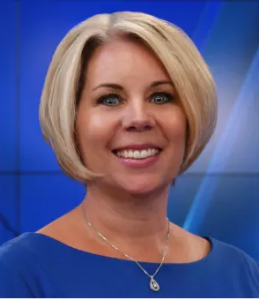 With nearly three decades of experience, it’s easy to see why one hardworking woman at KTVU FOX 2 was promoted from leading the advertising sales team to running the FOX duopoly.

“It’s absolutely a dream and I am honored to have this opportunity,” Hartel said. “I am excited to continue to build on KTVU’s success.”

For the past four years, Hartel has served as the Vice President and Director of Sales at KTVU/KTVU Plus, under former general manager Gregg Kelley, who retired at the end of October after 28 years at several FOX owned and operated stations.

Hartel considers her predecessor a mentor, having worked alongside Kelley at several stations over the years.

“He would always challenge me to be my best,” Hartel said. “I love this company because if you work hard and want to move up, opportunities are there.”

She will now report directly to Jack Abernethy, the Chief Executive Officer of FOX Television Stations based in Los Angeles.

“Mellynda has led a successful ad sales team for a number of years and most recently at our No. 1 station in San Francisco,” Abernathy said. “Her unique understanding of the market, coupled with her local news sense and results-driven attitude make her the natural choice to lead our San Francisco duopoly.”

In her first days as general manager, Hartel was visiting with staff members from all departments. She not only introduced herself, but has been regularly seen attending news editorial meetings and conversing with news and production employees.

“I think we have to be competitive and must evolve to stay relevant,” Hartel said. “Our challenge is to reach people in our community who don’t normally watch television.”

Hartel promises to continue delivering the best news product in the market, with a goal have an even bigger digital presence as a news, weather and sports information source in the months and years to come.

Before coming to the Bay Area, Hartel spent 11 years as the Vice President and General Sales Managers for KSAZ and KUTP, the FOX-owned duopoly in Phoenix. Prior to that, she held a position as Local Sales Manager at WFXT, the then FOX-owned station in Boston.

Hartel started her career in 1990 as a Sales Assistant at WTTG in Washington D.C., which is also owned by FOX. While there, she received several promotions including National Sales Manager.