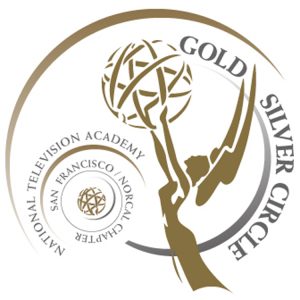 TV people were everywhere in South San Francisco on a very special November Saturday afternoon to honor the 2022 inductees of the Gold & Silver Circle! For the greater television community of the San Francisco/Northern California Chapter of The National Academy of Television Arts & Sciences, it was certainly the place to be that day.

Eight honored television professionals representing the San Francisco Bay Area and northern and central California were inducted Saturday, Nov. 12 into this honor society of distinguished individuals, all of whom have been actively engaged in television broadcasting for 25 or 50 years or more and have made significant contributions to their local television markets and have distinguished themselves within the industry and the community.

A very fun and enjoyable afternoon it was for all in attendance, held this year at the Basque Cultural Center in South San Francisco, to honor and cheer on these eight distinguished television professionals. Families, friends, and colleagues made up the more than 125 people who attended this very special luncheon. There are two very important and very special events each year in our NATAS chapter: The Emmy Awards Gala is one. This is the other. But, what sets the Gold & Silver Circle induction apart from the Emmys is that this event truly honors our Chapter’s history and heritage in a way the Emmys cannot. The induction luncheon is not only an event to honor the latest inductees, but it is also a special day that is much like a high school reunion. While new friendships are forged, old friendships are rekindled. It is a time to embrace catching up with one another face to face – and even more so now, because of the last three years of being in the pandemic.

Honored in the Gold Circle Class of 2022 are Spencer Christian, KGO-TV ABC7 meteorologist, San Francisco; and Kopi Sotiropulos, news and weather anchor, KMPH-TV Fox 26, Fresno. Both men have worked in television for a half century or more.

Jessica Aguirre, news anchor at KNTV NBC Bay Area, served as the afternoon’s master of ceremonies. She was witty and funny and entertained everyone with grace and good humor. 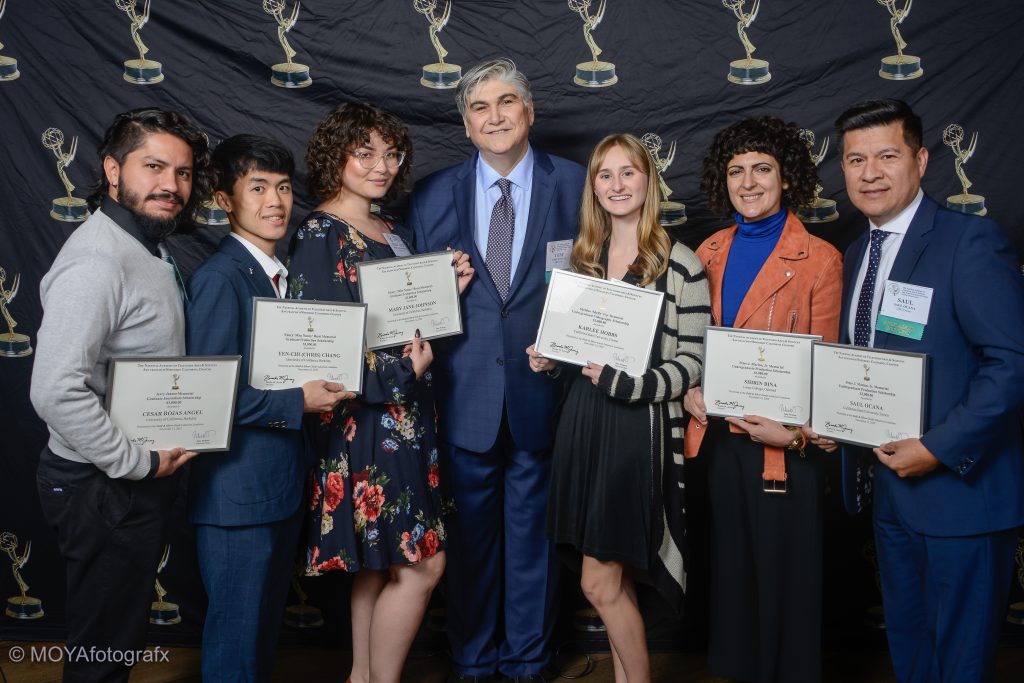 The students were introduced by Chapter Education Committee Chairperson Toby Momtaz and received their scholarship awards following an opportunity for attendees to view their video production work on the big screen. Afterwards, the students had an opportunity to rub elbows with everyone in the room, sitting down to lunch with attendees and introducing themselves just like they did minutes before when they did some reception-mingling. Meeting attendees – many of whom were the past and present of our television industry – was a definite plus for the students. They are aspiring to be the next generation of television professionals. Not only are they following in our footsteps, they are, undoubtedly, the future of our television industry.

After the scholarships were handed out — and following the induction of the Gold & Silver Circle Class of 2022 — everyone offered a very special champagne toast to honor and recognize the inductees and the scholarship recipients.

Everyone enjoyed dining on Veal Roast Au Jus, Salmon with Champagne Sauce and Vegetarian Pasta, leaving room for the decadent Chocolate Mousse dessert that followed. Coffee and tea were available, and many enjoyed Earthquake Cabernet Sauvignon from the Michael David Winery, award-winning Chardonnay from Lightpost Winery and champagne from Guglielmo Winery.

To nominate someone or yourself, visit our Chapter’s website for more details. Find our Gold & Silver Circle page at https://emmysf.tv/circles/.

We’ll have more to come in the months ahead!

Congratulations once again to all of the 2022 scholarship recipients and the Gold & Silver Circle Class of 2022!