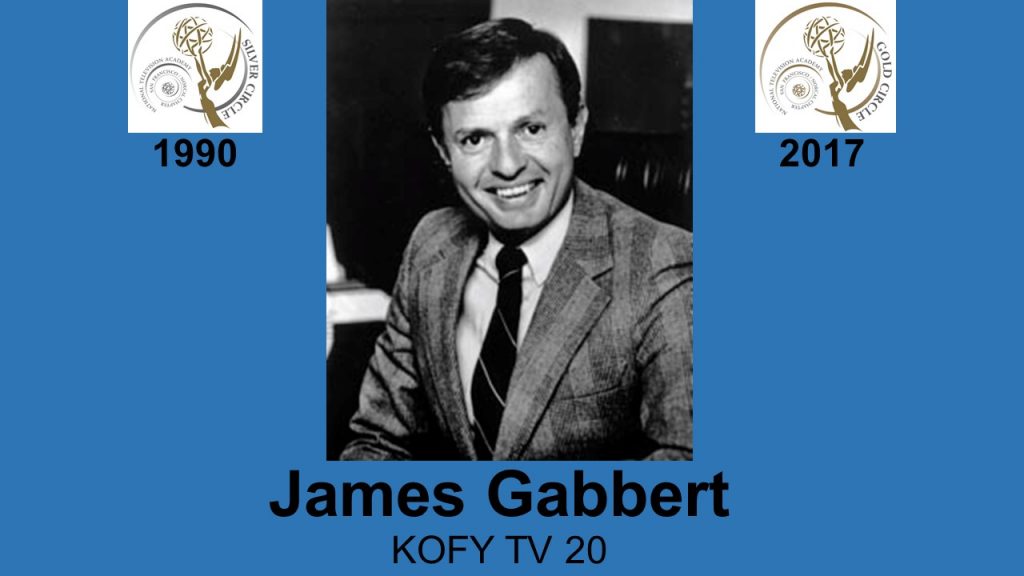 James Gabbert is a radio and television entrepreneur and innovator. He changed the way people listened to radio and watched tv in the Bay Area. Starting with a little FM station in Atherton which became K101, a bay area music powerhouse. He added 3 more radio stations before he sold them to create a television phenomenon. He bought KEMO-TV, channel 20, renamed it KOFY-TV, launching a new approach in creativity and viewers were hooked. There was the Dance Party show he hosted, the dogs used for station IDs, 3D movies, outrageous promotions, live coverage of parades and community events. And a news department turning out a nightly newscast. Several reporters currently on tv got their bay area starts there. Even though Gabbert achieved initial acclaim with his radio stations, he was no stranger to tv, first appearing on KCSM in the 60’s then People Are Talking on KPIX before taking up residence at the Sleepy Arms Hotel on KOFY. Gabbert sold Channel 20 in 1998, then became a radio talk show host. He is a past president of the National Radio Broadcasters Association and past Commodore of the Sausalito Yacht Club. He was inducted into the Bay Area Radio Hall of Fame in 2006.