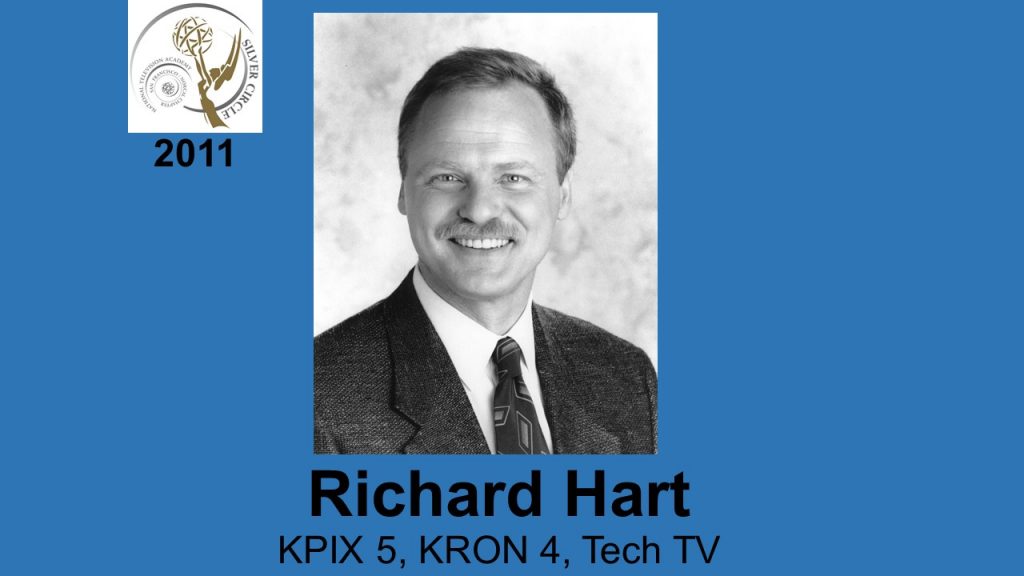 Richard Hart is the only person to win both an Emmy® award for comedy and a DuPont Columbia Journalism award for investigative reporting. His broadcast career began in 1972 at WDIV in Detroit Michigan. Best remembered as co-host of Evening Magazine at CBS 5, Hart also created The Next Step for KRON 4 and the Discovery Channel. That program became the highest rated science and technology show in prime time, winning Hart a Cable Ace award for best show host. Hart was also a founding member of CNET-TV, creating shows that aired on CNBC, USA Network, Sci-Fi and 40 other broadcast stations in syndication. Currently, his company, New Material, syndicates The Next Step to selected ABC stations. Hart has a master’s degree in physics, is an instrument rated pilot, holds a 2nd degree black belt in taekwondo and is an advanced scuba diver and fencer. He has also been a volunteer MC for “The Mind Duel” annual
contest for Wonderfest, which pits scientists and high school students in a battle of wits. Hart also is an instructor/consultant in the School of Multimedia Communications Department at the Academy of Art University 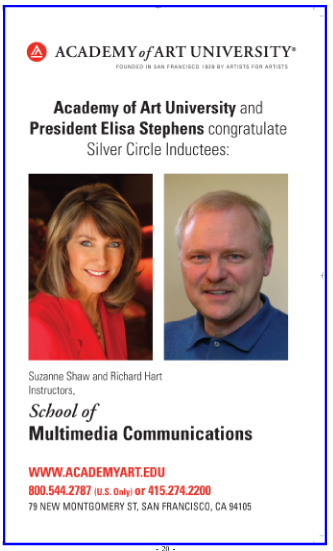