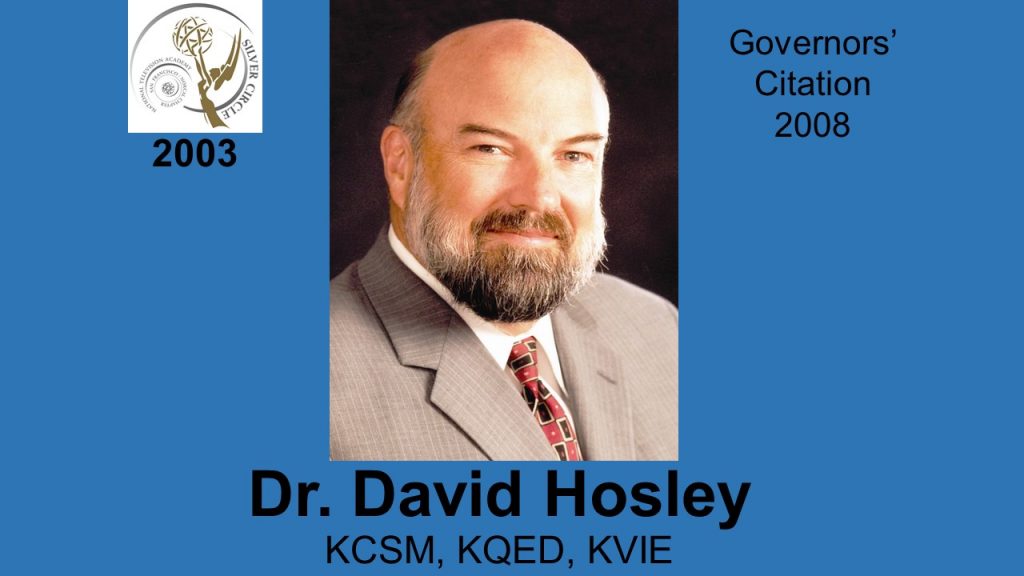 David Hosley had a head start on a career in broadcasting.  At 14, he was announcing sports broadcasts on KPRL-AM in Paso Robles. Hosley has been president and general manager of KVIE-TV, Sacramento, since 1998. He was hired at KCBS while a student at Stanford University, putting himself through a doctoral program at Columbia University by working at WCBS-AM in New York. He was a writer at KGO-TV, entertainment reporter for WUFT-TV, Florida in the 1980’s while serving as news director of WRUF-AM/FM.  Upon returning to California in 1986, Hosley was a lecturer in communications at Stanford, worked at KPIX-TV, and become station manager of KQED-FM in 1987. Promoted to general manager of KQED-TV in 1990, he went on to manage KCSM-TV/FM in 1992. David has served two board terms for the Golden Gate chapter of American Women in Radio and Television, and is a member of the new AWRT chapter in Sacramento.  In Florida he was active in RTNDA and chaired the state’s AP Broadcasters Association. While in Miami, Hosley built an after-school high school internship program that was recognized for its innovation by the Black Media Coalition.