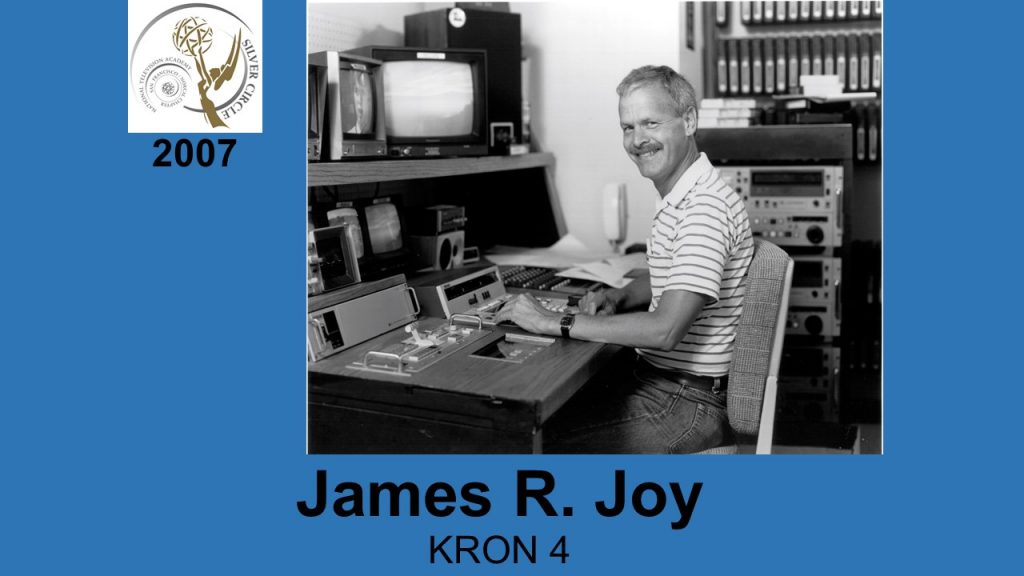 Jim Joy found his true niche in the editing room. Originally from
Iowa, this Hawkeye’s magical ability to bring out the extraordinary in a
routine story made him the most sought after editor in the KRON
newsroom. He received a degree in Speech and Television from the
University of Iowa. After three years in the Air Force, he moved to San
Francisco where he spent five years at McCann-Erickson before joining
KRON in 1966 as a film editor. After a short stint at KTVU, he returned
to KRON in 1972 where he earned many awards including 20
Emmy® statuettes and a Peabody for his work as a news, feature and
documentary editor. Recently retired after 35 years broadcasting, he
has seen the industry go from film to linear tape to non-linear digital
editing systems. He has mentored many students as well as numerous
greenhorns who worked at KRON during his tenure. Jim always had
the best attitude and took pride in his work. Simply “good enough”
was not part of his vocabulary. He has been very active with the San
Francisco AIDS Walk and raised funds for Project Open Hand and
other organizations. During a three-year break in his career, he followed
a childhood dream and ran a San Lorenzo movie theater. 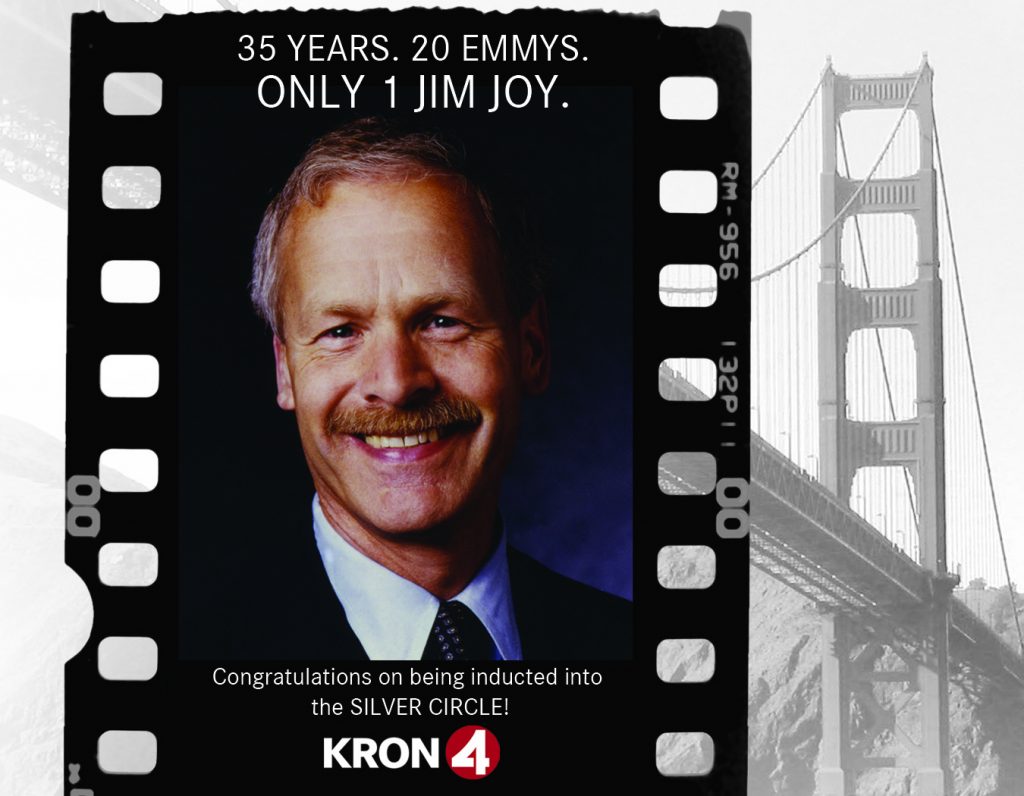