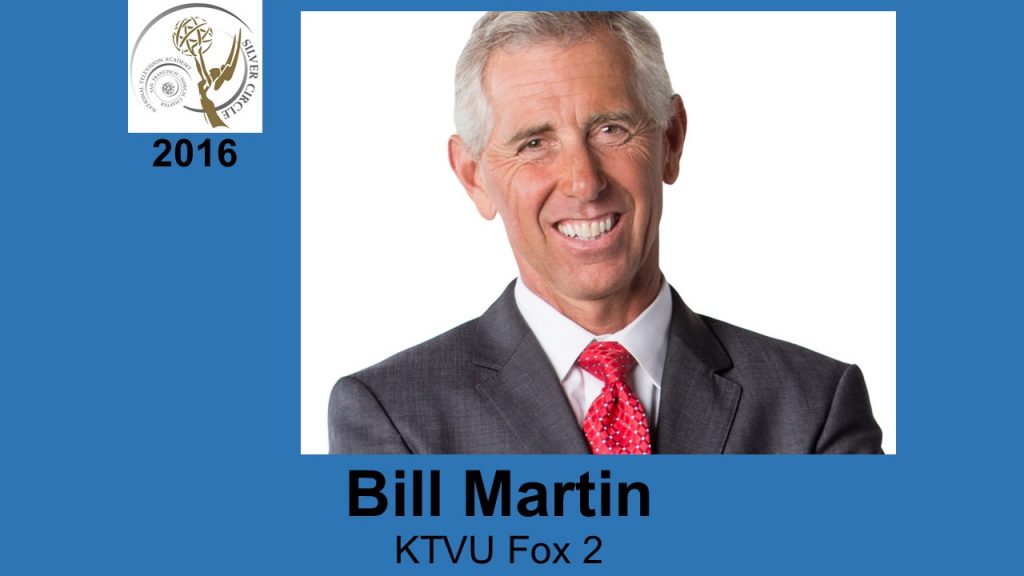 BILL MARTIN – Chief Meteorologist, KTVU Fox 2, Oakland
As a fifth generation Northern Californian, Bill Martin’s great uncle was the sheriff of Vacaville in the late 1800’s. Martin grew up in Paradise (Butte Co), graduating from the University of California, Berkeley with a degree in Physical Geography (emphasis in Climatology). During those years, he spent many hours surfing the California coast from Oregon to Mexico, becoming passionate about forecasting waves and weather. This enthusiasm led him back to college where he spent three years postgraduate at San Francisco State studying Atmospheric Science. After San Francisco State, Martin completed an internship at KRON 4 and then took a job as a Chief Meteorologist at KFTY 50 in Santa Rosa in 1990. Moving on to KPIX 5, he was their morning show meteorologist for two years, leaving in 1995 to KTVU. At that time, KTVU did not have a weather department, so Martin was given the opportunity of creating and building KTVU’s weather brand, working weekends until he became the Chief Meteorologist. In 2014, after over 25 years forecasting weather in the Bay Area, Martin became one of six meteorologists in the country chosen to go to the White House to interview President Obama on climate change. The American Meteorological Society has awarded him the CBM (Certified Broadcast Meteorologist) which is the highest level of certification available and only given to a handful of meteorologists on the West Coast. He was also recognized with an Emmy® statuette in 2015 for his work as a meteorologist. Martin continues to be fascinated with California history and the stories of the people who live here.