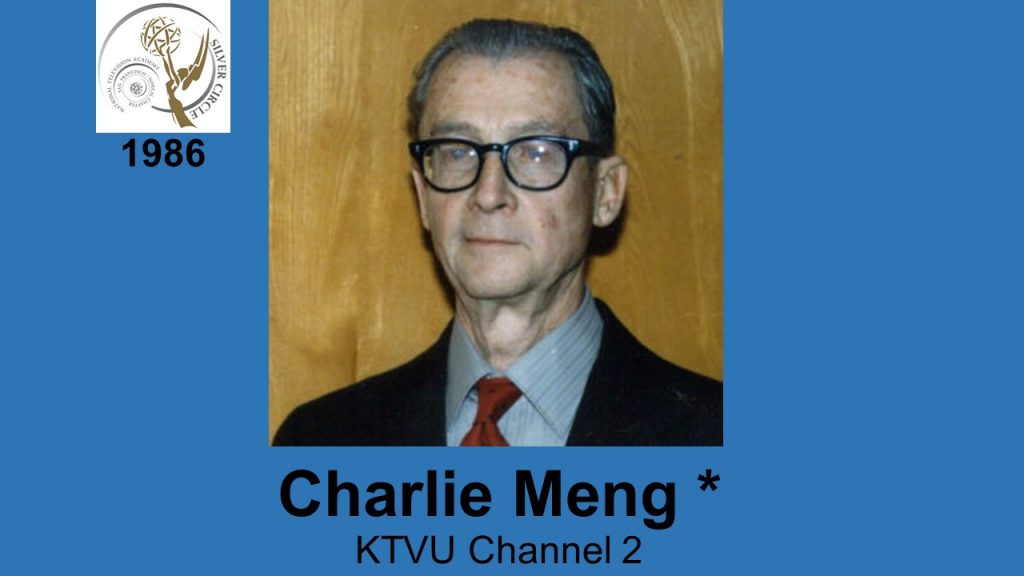 CHARLIE MENG, KTVU, worked as a civilian radio operator for the military during WWII. After the war he was a photographer/cameraman for NBC at the White House.From D.C. to · L.A., for a while, then to KPIX and finally to KTVU where he worked on Roller Derby for many years. Walt Harris referred to him on air as ‘Blue-eyed’ Charlie. He is known as the ‘Gil­bralter’ of Ch. 2 and has never been sick.