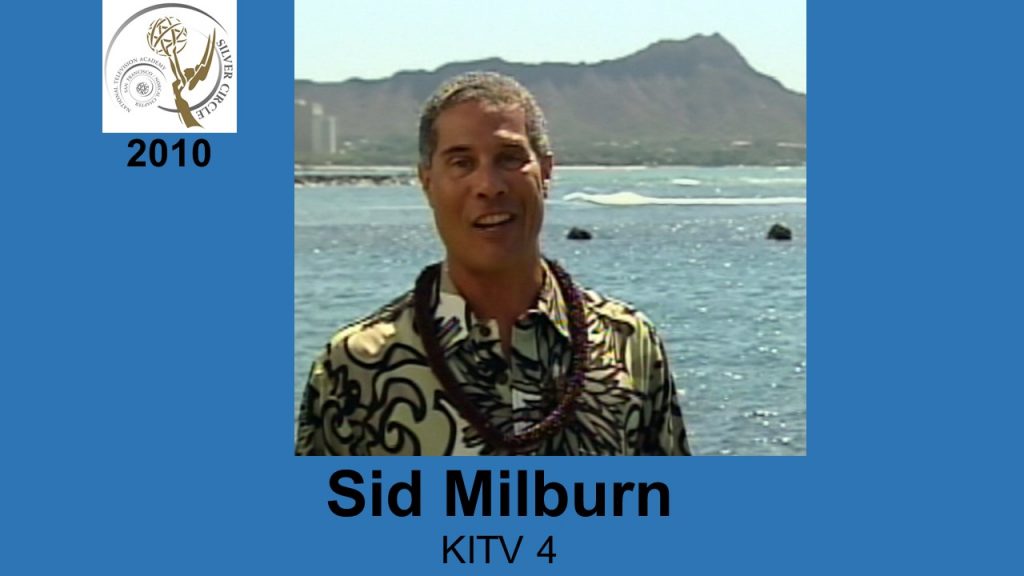 Sidney Milburn started at KITV 4 in Honolulu in 1983. Currently he
is the Senior Producer/Director responsible for commercials and some
local programming. Milburn worked in many capacities within production
and news before moving into a management position in 1987. He has
traveled multiple times to Asia and Europe for program assignments;
working over 25 consecutive years on the broadcast of Merrie Monarch
Festival which is the preeminent hula competition in the world; and
producing non-broadcast programs Milburn has managed a production
department undergoing the adjustment of future robotics, diminished
manpower and reduced resources. In addition to mentoring many of
KITV’s employees, he’s tried his best to save their jobs. His involvement
in the community has enhanced KITV’s reputation as a “locals-first”
station, and his willingness to step in and assume any role in production
operations has assured a stable work environment for those under his
directorship. Sid is currently a NATAS Governor.