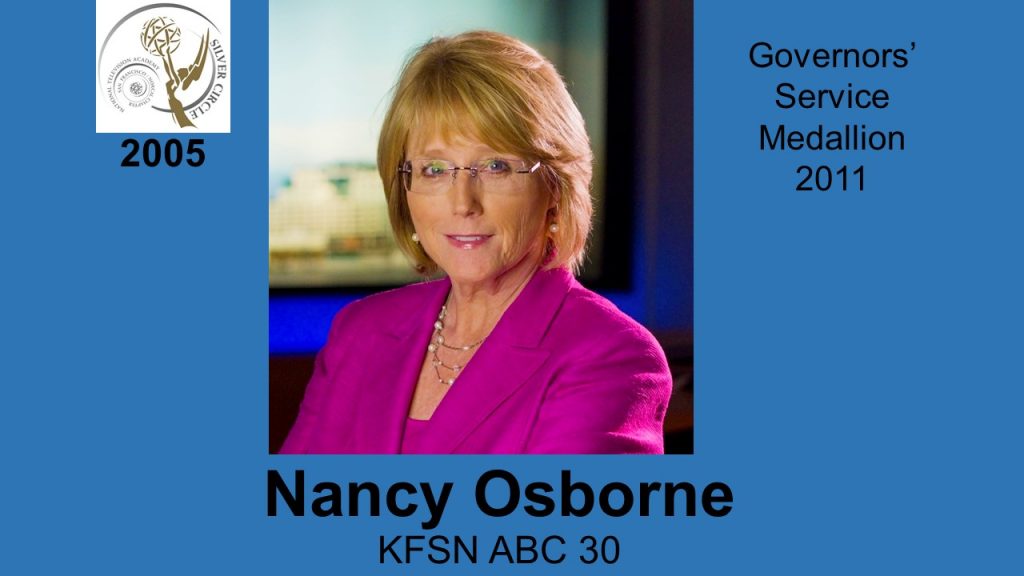 Nancy Osborne has made Fresno her home since 1973. After growing up on Army bases in the United States, Japan and Turkey, Nancy graduated from Las Cruces High School in New Mexico and attended New Mexico State University for 3 years. After a 5-year hiatus from her education and early parenthood, she returned to college. Following a year of graduate study, she accepted a reporting job at ABC 30, becoming one of only a handful of women in the local broadcast industry. In the fall of 1977, Nancy joined the anchor team at KFSN-TV. By 1980 she was producing and anchoring the Valley’s first locally produced news magazine show along with her Action News co-anchoring duties. In 1996, after two decades of daily news reporting,
Nancy accepted the challenge of becoming part of the Action News management team as Executive Producer-Special Projects. January 2004 saw Nancy returning to reporting full time, once again adding her experience and expertise to their expanding daily Action News coverage. In addition, she continues to co-anchor “Action News Live at Five” with Warren Armstrong. Nancy is on the NATAS Board of Governors as the Fresno Vice President.