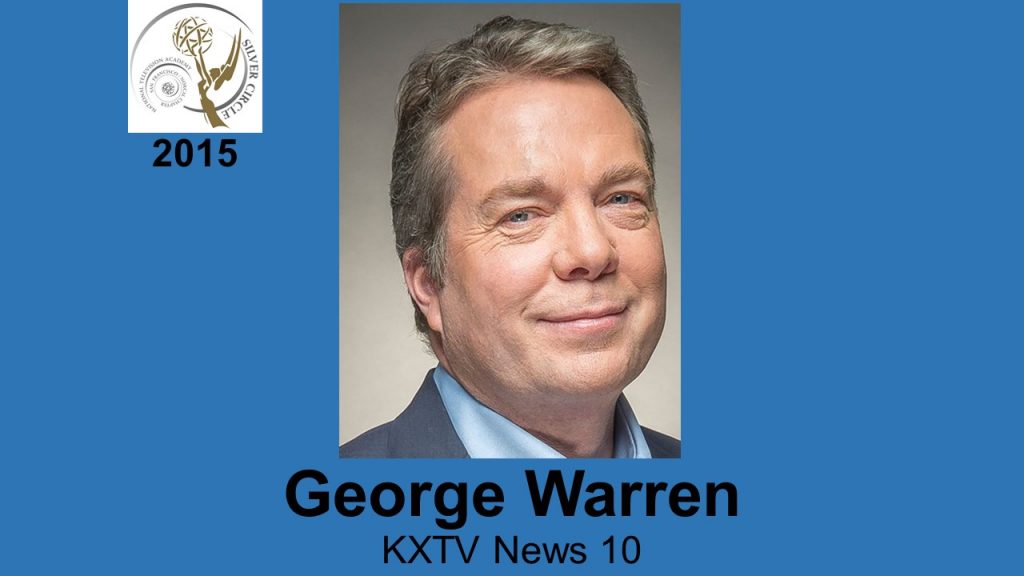 Multiple Emmy® award-winning reporter and multi-media journalist, George Warren joined News10 in Sacramento in 1981. His work for News10 has taken him around the world, from New Zealand to Eastern Europe. Among other events, Warren covered the U.S. invasion of Panama and the destruction of the Berlin Wall. He was the first California journalist in Montana following the arrest of Unabomber Ted Kaczynski. However, Warren’s most memorable assignments were closer to home. He won an Associated Press award for his live coverage of a deadly hostage crisis at “The Good Guys” store in Sacramento, and an Emmy® award for a feature series on the future of consumer electronics. Warren came to News 10 from KTVL in Medford, Oregon, where he was the evening anchor. His broadcasting career began while he was still in college, working as a vacation relief reporter at KHSL-TV in Chico, California. He earned a Bachelor of Arts degree in Broadcasting from California State University, Chico and the University of Massachusetts at Amherst. A licensed pilot, Warren was born and raised in the San Francisco Bay Area, but prefers the foggy winters and hot summers of the Central Valley, especially boating on the Sacramento Delta.