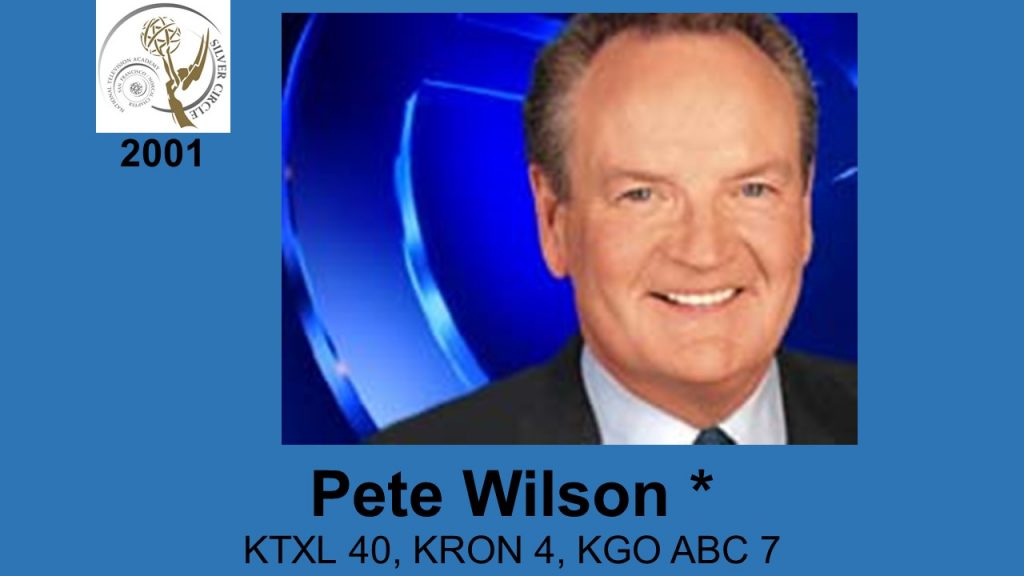 Pete Wilson enjoys a well-deserved reputation for being one of the best-informed news anchors in the Bay Area. His comfortable style and his natural ability to communicate with viewers and with guests have established him as one of the most popular news anchors in the Bay Area.  He began his career in 1971 at Milwaukee’s WTMJ writing and reporting radio news and later television news reporting and producing/hosting an early morning talk show.  In 1979 he moved on to the then-independent station, KTXL in Sacramento, with the task of building a news operation from “almost scratch” to the second highest rated news in the market. Pete joined KGO-TV in 1983 to anchor the 11 p.m. news, later including the early evening news shows and hosting numerous news/talk show specials. He joined KRON-TV in 1990, co-anchoring their news shows as well as hosting news/talk shows on Bay-TV, KRON’S cable channel.  Pete has received a number of broadcast journalism awards, including five Emmys, four RTNDA awards, a St. Francis award, the Associated Press Awards and the prestigious Peabody Award.. He volunteers extensively in the community in various organizations involved with mental health, the visually handicapped, alcohol treatment and child abuse prevention.