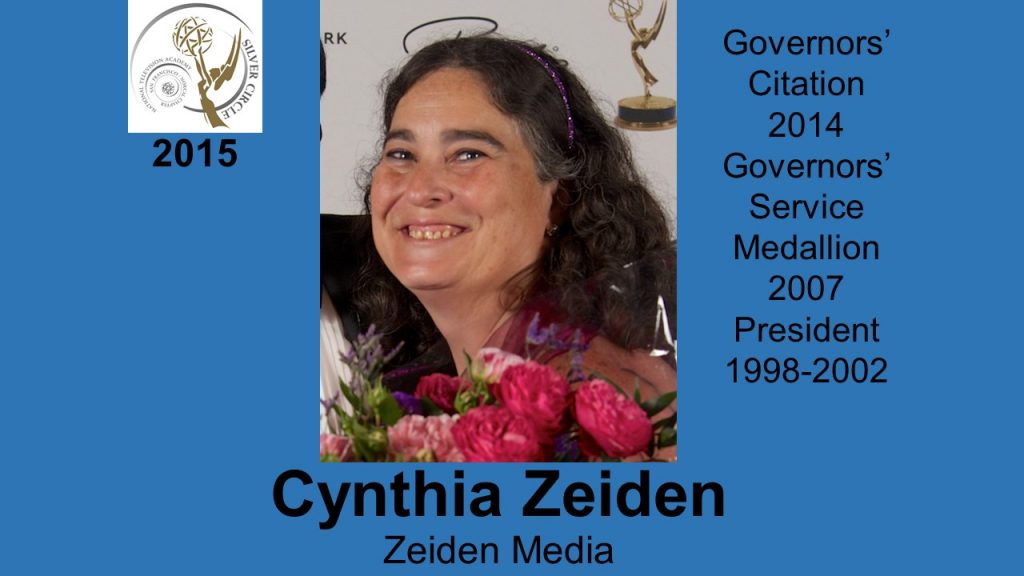 Born and raised in Chicago, Cynthia Zeiden’s entire career has focused on non-commercial and educational media through her work in public television. After graduating with a Master’s degree in Broadcast Management from the University of Tennessee, Zeiden worked in Knoxville before moving back to Chicago in 1992 to become Director of Broadcast Operations at WYCC. While at the station, she received multiple Emmy® nominations and taught a film class through the Center for Open Learning at Harold Washington College. In 1995, Zeiden moved to San Francisco to assume the role of Program Manager at KCSM where she introduced their first live pledge drives and produced national PBS programs before leaving the station in 1999 to form Zeiden Media, her public television distribution company. During this time, Zeiden joined NATAS, first as a Governor; then Chapter President, Activities/Programs Chair, and National Trustee. In 2011, she was appointed National Program Committee Chair, focusing on programs about social media and new technologies via live events and webcasts to other NATAS Chapters. For her many contributions to NATAS, she has received the Chapter’s Service Medallion and the Board of Governors’ Citation in 2014. Currently Zeiden is a lecturer at California State University, Sacramento and continues her non-profit work on the boards of The Sino-Judaic Institute and The Eviction
Defense Collaborative. 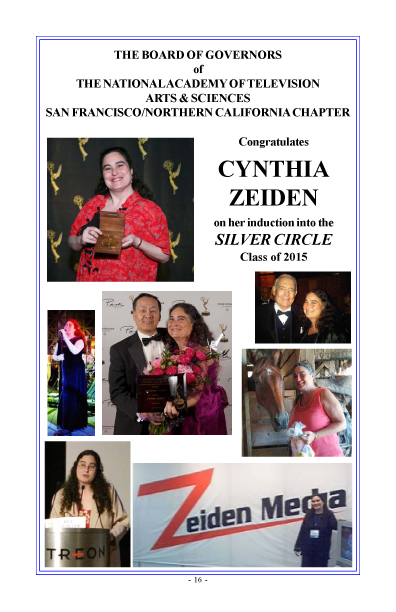