By day, Graphic Designer Jamie Judd works at Sacramento PBS station KVIE Channel 6. He crafts show opens, full screens, and animations for programming that includes documentaries about health, education, and the arts. He walks through the halls of the station quietly but with the brain of an artist – it never stops.

Then, at night, Judd’s creative skills are amped up equally as much when he takes a seat behind his drum set. He practices, jams, and performs. Ask an just about any TV artist, editor, or writer and many will tell you that  – in many ways – their jobs involve rhythm and timing. In some odd way, it makes perfect sense that TV people often are drawn to music.

Married for 33 years with three kids, Judd sometimes adds outside projects to his already busy schedule. A few years ago, Judds took on an independent project directing the only televised gubernatorial debate then-Gov. Jerry Brown would agree to do. It was an hour-long nationally-televised program and the stakes were high.

Security was thick. Canine cops searched The California Channel before Brown arrived. The channel’s control room was new to Judd. But, he didn’t skip a beat. Calm and cool all the way through, the live debate flowed in perfect rhythm and rhyme.

Not skipping a beat is as important in the director’s chair as it is in drumming. Judd plays 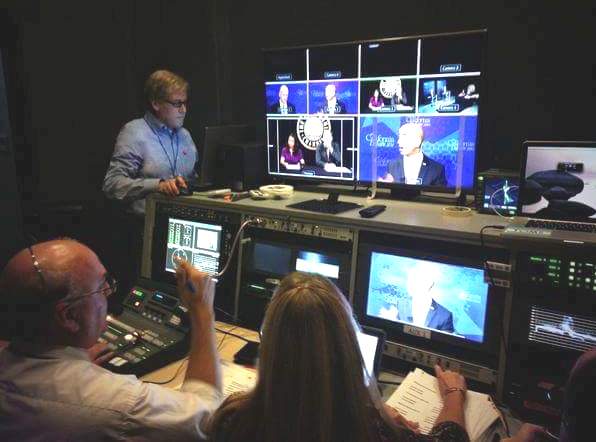 everything from Metal to Jazz, Latin, Pop, Country, Progressive, and Dance. Like working in TV, Judd said that it’s about a total team effort. With his band, he said, “it’s creating music together in a collaborative effort that is the true rush.”

“When the groove falls into place and the training, talent and caliber of musicians I’m playing with is at a high level; we take the music to a higher level and expand it into a space like the opening of a beautiful flower,” Judd said. “It is the creative impressions that come into my mind that are unplanned that push me into action.”

Judd started in TV back in 1988 at KBYU-PBS while attending Brigham Young University. Working in daily news production, engineering and directing live newscasts for the station, Jamie had a solid foundation for his next move.

Returning to California, he was hired as a television specialist for the California State Assembly in 1991, where he stayed several years. Then it was on to KVIE. For the past 22 years, Judd has directed many of the station’s local and national series, designed and managed the station’s first websites and creates graphics  and animation for programs.

Judd is ethereal – an artist. “Improvisation, whether in music or the act of creation, is a power that I don’t quite understand,” he said. Also difficult to explain, he continued, “It’s a drive that doesn’t seem to stop.”