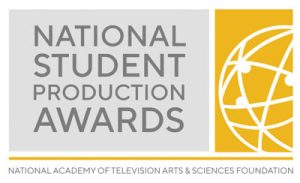 The Foundation of The National Academy of Television Arts & Sciences (NATAS) presents this competition annually which includes more than twenty programming and craft categories honoring student productions from across the country.

“The National Academy takes great pride in honoring these amazing students and congratulates all of today’s nominees and winners for their excellent work as presented in these outstanding entries,” said Doug Mummert, Chairman, NATAS Foundation.”

Over 250 entries from NATAS’s regional chapters were submitted to the national competition. The videos representing work from students across the country were judged by industry professionals to determine today’s winners.

“Over the years, our Student Productions Awards have served not just to honor the best in student videos, but also to highlight our industry’s next generation of content producers and leaders,” said NATAS Chairman Terry O’Reilly. “This year, their work is even more impressive, given the added challenge of the COVID pandemic. We’re proud to welcome all of the entrants and honorees to our Academy family.”

San Francisco/Northern California Chapter was represented by 8 schools with 14 nominations in 11 categories. We congratulate the following for their win this year: 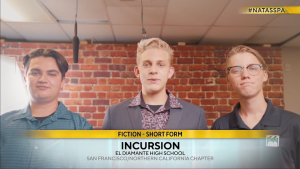 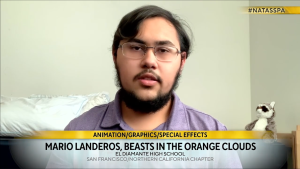 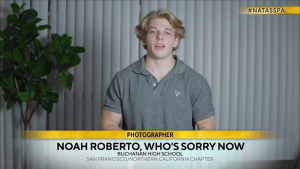 The ceremony can be seen on the Academy’s dedicated viewing platform powered by Vimeo, available on the web at: https://watch.theemmys.tv/live-events/videos/nspa-2021

See the full release with list of winners at: https://theemmys.tv/nspa-2021-winners/