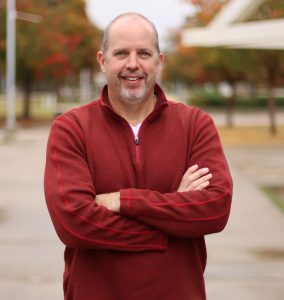 Buchanan High School which has the largest campus in the Clovis Unified School District, has become has become one of the most respected schools in California. Its rich history and success encompass not only academics, but a wide range of programs including athletics, visual and performing arts, and Career Technical Educational (CTE) programs. Buchanan High school has a current enrollment of over 2,600 students made up of over 20 ethnic backgrounds, and 150 staff members.

Buchanan High School’s CTE program is getting its own building on campus which was made possible through a grant. The new CTE Classroom Building will allow the various pathways to grow and expand in the coming years. 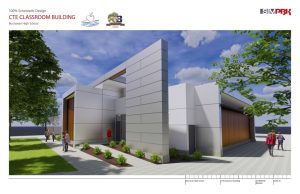 Since 2013, Dan Pearce has successfully built a series of classes into various pathways which include Videography, Digital Filmmaking, and a Regional Occupational Program in Multimedia Communications. Students can enroll in any of the classes being offered, however, many students choose to take the entire pathway from grades 9 through 12. 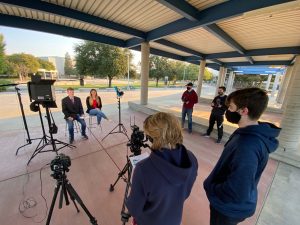 In his classes, Pearce teaches students all of the basic, foundation-level skills that are needed to create films and videos. Students receive instruction in pre-production, production and post-production. Students learn how to create scripts and storyboards, how to operate a variety of cameras, use proper lighting and microphones. Students also learn to edit using Adobe Premiere. Throughout various pathways, students create documentaries, short films, music videos, and a bi-weekly newscast titled BNN (Buchanan News Network). You can watch the bi-weekly BNN reports here. 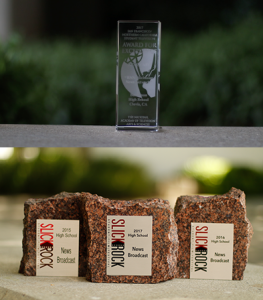 Student works at Buchanan High School have won close to 70 first place awards over 8 years in multiple film festivals including Picture the Valley Student Film Festival, Slick Rock Student Film Festival and NATAS Student Production Awards. The awards have come in multiple categories including Newscast, PSAs, Video Essay, Documentary, Short Film Fiction and Music Videos. Since the program began participating in the NATAS National Student Production Awards in 2017, students in the program have received 20 Awards of Excellence – 3 of which were awarded nationally – and 12 Awards of Merit. Pearce has mentored many students who moved on to attend film schools and college media programs to start a their careers in the industry. William Butler is a former student who completed the program and went on to work for KSEE before joining KFSN in Fresno. Buttler has won two Emmy® awards for his work as a photojournalist.

Pearce’s long-term goals for the program are to continue to offer exciting classes, give students a creative outlet, and prepare his students to be the next generation of filmmakers and storytellers. When asked about the future of his program, Pearce said: “I look forward to continued growth in the pathway in the years to come. There is no shortage of talented students here and I enjoy guiding them on their journey.”