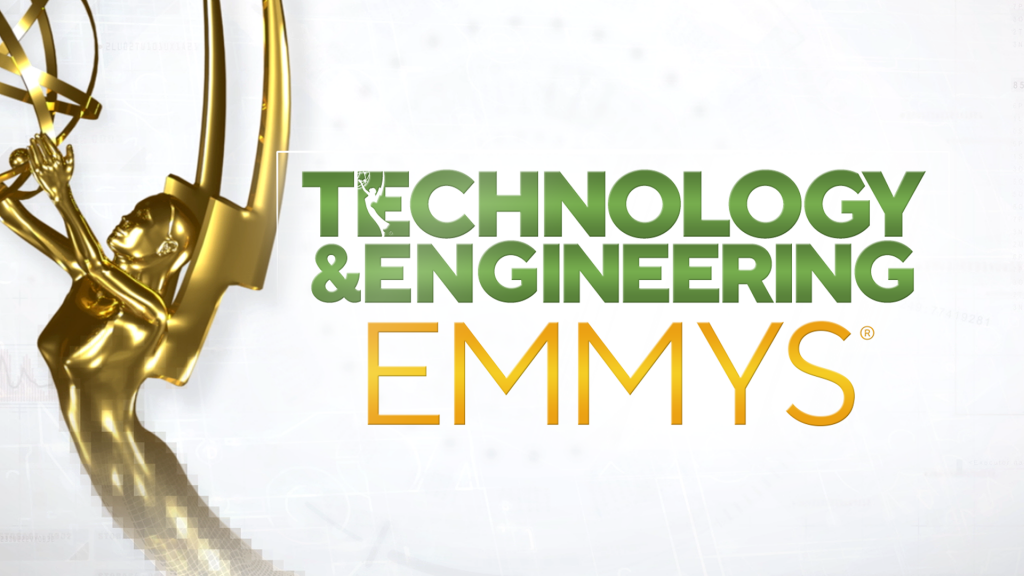 Emmy® Awards to be Presented in Partnership with NAB
New York, NY – 2021

The National Academy of Television Arts & Sciences (NATAS) today announced the recipients of the 72nd Annual Technology & Engineering Emmy® Awards. The ceremony will take place in partnership with the National Association of Broadcasters (NAB) as part of their fall NAB Show on October 10, 2021.

“We are thrilled that NATAS will recognize the industry’s most innovative
companies and leading technology minds at NAB Show,” said National Association
of Broadcasters President & CEO Gordon Smith. “There is no venue more fitting
at which to celebrate these distinguished honorees.”

The Technology & Engineering Emmy® Awards are awarded to a living individual, a
company, or a scientific or technical organization for developments and/or
standardization involved in engineering technologies that either represent so
extensive an improvement on existing methods or are so innovative in nature
that they materially have affected television.

A Committee of highly qualified engineers working in television considers technical
developments in the industry and determines which, if any, merit an award.
The individuals and companies that will be honored at the event follow.

About NAB Show
NAB Show, held October 9–13, 2021, in Las Vegas, is the premier event for content
professionals in the media, entertainment and technology ecosystem. It’s the ultimate
marketplace for those seeking to create superior audio and video experiences. From
creation to consumption, across multiple platforms, NAB Show is where global visionaries convene to bring content to life in new and exciting ways. For complete details, visit www.nabshow.com.

About The National Academy of Television Arts & Sciences
The National Academy of Television Arts & Sciences (NATAS) is a non-profit service
organization dedicated to the advancement of the arts and sciences of television
and the promotion of creative leadership for artistic, educational, and technical
achievements within the television industry. It recognizes excellence in television
with the coveted Emmy® Awards for News & Documentary, Sports, Daytime
entertainment, and Daytime Creative Arts & entertainment programming, as well
as achievements in television Technology & Engineering.

NATAS membership consists of nearly 18,000 broadcast and media professionals
represented in 19 regional chapters across the country.

Beyond awards, NATAS has extensive educational programs including regional
student television and the National Student Production Awards for outstanding
journalistic work by high school students, as well as scholarships, publications, and
major activities for both industry professionals and the viewing public.