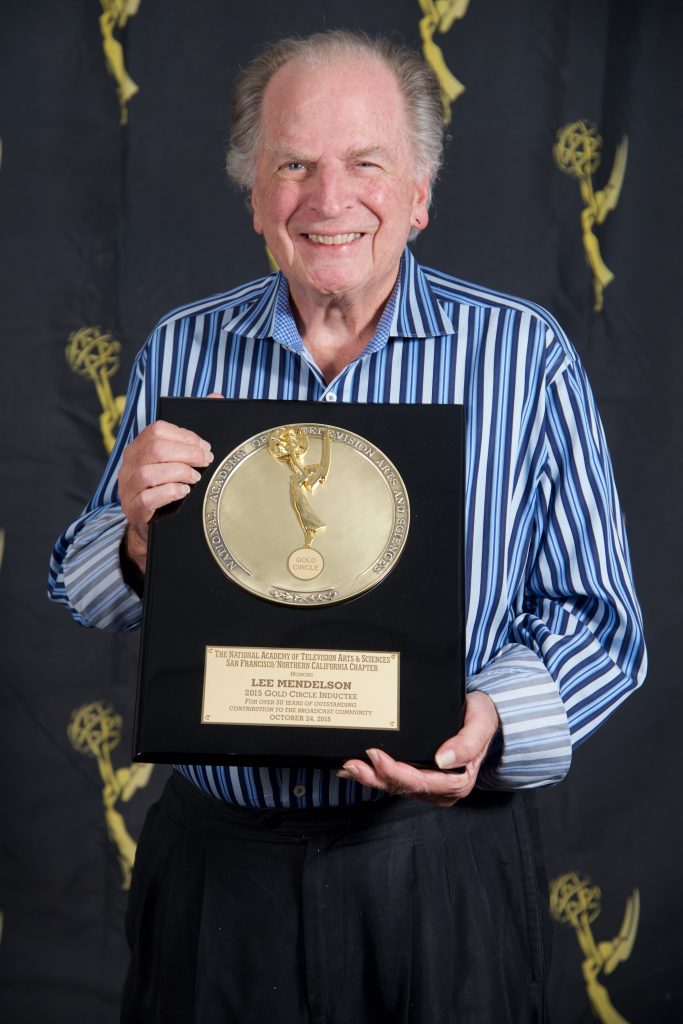 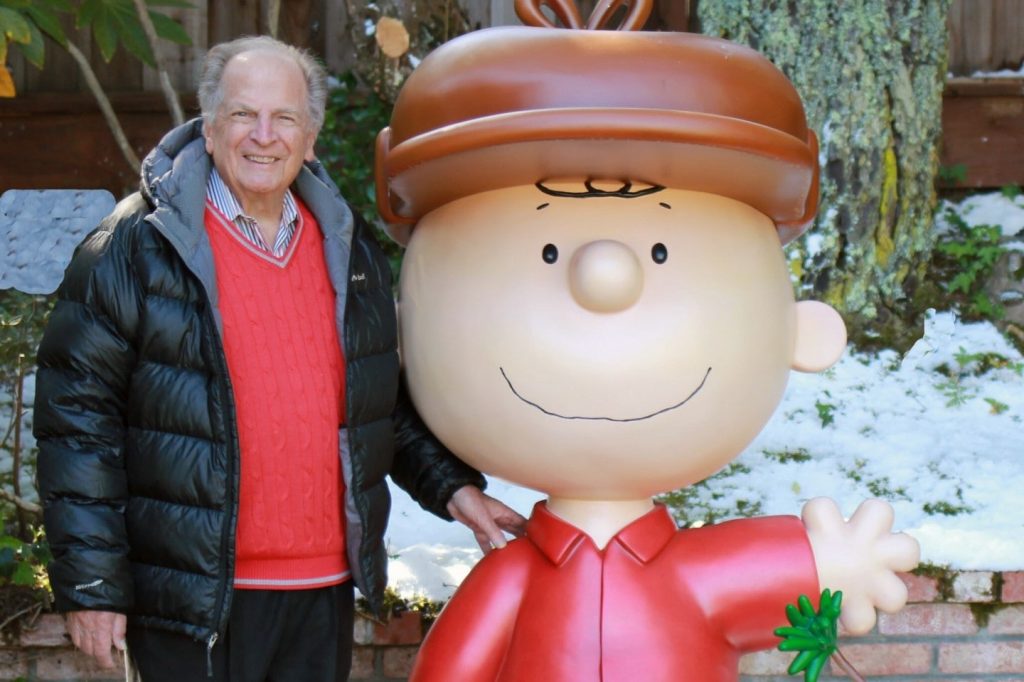 Lee Mendelson in 2015 with a balloon version of Charlie Brown. (Jason Mendelson/AP)

Lee Mendelson, a television producer who persuaded Peanuts cartoonist Charles Schulz to do an animated holiday special, “A Charlie Brown Christmas,” which has been broadcast every year since 1965, and wrote the lyrics of the program’s plaintive theme song, “Christmas Time Is Here,” died Dec. 25 — Christmas Day — at his home in Hillsborough, Calif. He was 86.

He had lung cancer and congestive heart failure, said a son, Jason Mendelson.

Schulz had published the Peanuts comic strip since 1950, and by the early 1960s it was a nationwide phenomenon, with millions of children — and adults — following the misadventures of Charlie Brown, his dog, Snoopy, and the rest of the Peanuts gang.

Charlie Brown was the beleaguered “blockhead” everyman who seemed to fail at everything but never gave up. He was particularly hapless at baseball. As a pitcher, he was constantly getting knocked down by opposing hitters’ line drives.

It was baseball that brought Schulz and Mr. Mendelson together. In 1963, Mr. Mendelson produced a documentary about the San Francisco Giants star Willie Mays, “A Man Named Mays.” 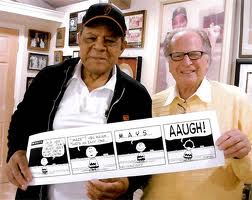 And for some reason,” Mr. Mendelson told Animation magazine in 2006, “it popped into my mind that we had done the world’s greatest baseball player, and we should now do a documentary on the world’s worst player, Charlie Brown.”

He called the publicity-shy Schulz, who initially rejected the idea until learning that Mr. Mendelson had produced the documentary about Mays — Schulz’s favorite ballplayer. The resulting program, “A Boy Named Charlie Brown,” was never aired on television, but Mr. Mendelson showed it to a few studio executives and advertising agencies. In 1965, he received word that Coca-Cola was interested in sponsoring a Christmas special featuring the characters from Peanuts.

“Oh, absolutely,” Mr. Mendelson said, according to the Animation article. “I called Mr. Schulz and I said ‘I think I just sold “A Charlie Brown Christmas,’” and he said ‘What’s that?’ And I said, ‘Something you’re gonna write tomorrow.’ ”

In part because they were, in Mr. Mendelson’s words, “three friends working on a fun project with no pressure from the outside,” they were not limited by the standard practices of Hollywood studios. In two days, Schulz came up with the story line, Melendez figured out how to animate the stumpy-legged characters, and Mr. Mendelson asked Guaraldi, a San Francisco jazz pianist, to write the music. 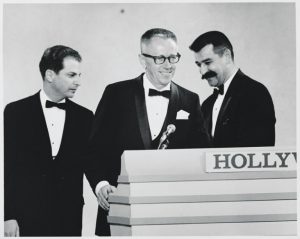 One of their major innovations was to have all the characters voiced by children, instead of by adults trying to sound young. Schulz was adamant that there be no laugh track. Mr. Mendelson was equally adamant that the music be performed by Guaraldi’s jazz trio.

When he couldn’t find a lyricist, Mr. Mendelson jotted down the words for “Christmas Time Is Here” on the back of an envelope in 15 minutes:
Christmas time is here
Happiness and cheer
Fun for all that children call
Their favorite time of the year …
Oh, that we could always see
Such spirit through the year
The song has become a holiday classic.

The story line revolves around Charlie Brown, who is constantly belittled by his friends and expresses a kind of existential dread that Christmas has lost its meaning amid growing commercialism. Even Snoopy has decorated his doghouse in flashing lights.

“I like getting presents and sending Christmas cards and decorating trees and all that,” Charlie Brown says. “But I’m still not happy. I always end up feeling depressed.”

He is asked to direct the Christmas play, but no one listens to him. He searches for a Christmas tree, only to find a scrawny twig with its needles falling off.

Schulz’s script called for the character Linus to walk onto a darkened stage and recite the Christmas story from the Gospel of St. Luke. Mr. Mendelson told Schulz — referring to him by his nickname, Sparky — it would never work.

“I said, ‘Sparky, we can’t have that — this is religion, it just doesn’t go in a cartoon,’ ” Mr. Mendelson recalled to the Los Angeles Times. “He just looked at me very coldly with his blue eyes and said, ‘If we don’t do it, who will? We can do it.’ And he was right.”

“Lights, please?” Linus says. “And there were in the same country shepherds, abiding in the field, keeping watch over their flock by night.”

He continues his recitation of the biblical passage, finishing with: “And suddenly, there was with the angel a multitude of the heavenly host praising God and saying, ‘Glory to God in the highest, and on Earth peace, goodwill toward men.’”

“That’s what Christmas is all about, Charlie Brown.”

Mr. Mendelson screened “A Charlie Brown Christmas” for TV executives, who sat in stony silence. They thought it was too slow and too religious, with the wrong music and the wrong message. But it was too late to change anything, and the show aired on Dec. 9, 1965. It drew a viewer share of 47, meaning that almost half the country’s households watched the show. The next year, it had a 57 share. It has appeared on television every year since.

Leland Maurice Mendelson was born March 24, 1933, in San Francisco. His father had a fruit and produce business.

Mr. Mendelson graduated from Stanford University in 1954, then served in the Air Force before working at a San Francisco TV station. He formed a production company in 1963.

Mr. Mendelson was the last living member of the Peanuts team. Guaraldi, whose soundtrack for “A Charlie Brown Christmas” has sold more than 4 million copies, died in 1976; Schulz died in 2000; Melendez died in 2008.

Mr. Mendelson’s marriages to Barbara Thompson, Debbie Muller and Desiree Goyette ended in divorce. Survivors include his wife of 16 years, the former Ploenta Inthapruksa of Hillsborough; two children from his first marriage; two sons from his second marriage; a stepson; and eight grandchildren.

All four of Mr. Mendelson’s children voiced various Peanuts characters when they were young.

“Cathy” and “Mother Goose and Grimm.” He won numerous Emmy® Awards, including one in 2016 for “It’s Your 50th Christmas, Charlie Brown!”

In the 1980s, when he was doing research for the animated feature “This Is America, Charlie Brown,” he visited colonial Williamsburg, where he encountered the real-life counterpart of Charlie Brown’s derogatory epithet.

“They were making a wig on a piece of wood,” Mr. Mendelson told the Cleveland Plain Dealer in 1990. “I said, ‘What do you call that?’ And the woman who was doing the work said, ‘It’s called a blockhead.’