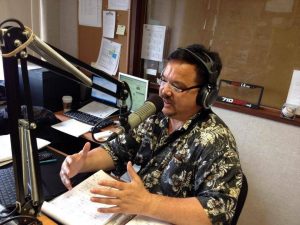 Police have arrested a 58-year-old man in connection with the incident. The man has been indicted on manslaughter charges.

Noland was found on the ground with severe head injuries at 1:40 a.m. He was hospitalized and placed on life support. Police believe his critical injuries were caused by the fall itself, and not by the assault.

Since the 1980s, Noland had been a sportscaster at various stations in Hawaii, including KHON2 and KWAI radio.