Here’s a little-known secret about taking home an Emmy® Award. Strive consistently for excellence in your work for the sake of that work, and the Emmy® will find you.

We saw proof of that at the Emmy® Awards Gala at the SFJAZZ Center on Saturday evening, June 2.  After 1,002 entries in English and Spanish, The San Francisco/Northern California Chapter of The National Academy of Television Arts & Sciences presented 348 statuettes to 253 deserving individuals.

How to Get Photographs From the 2018 Emmy® Gala! 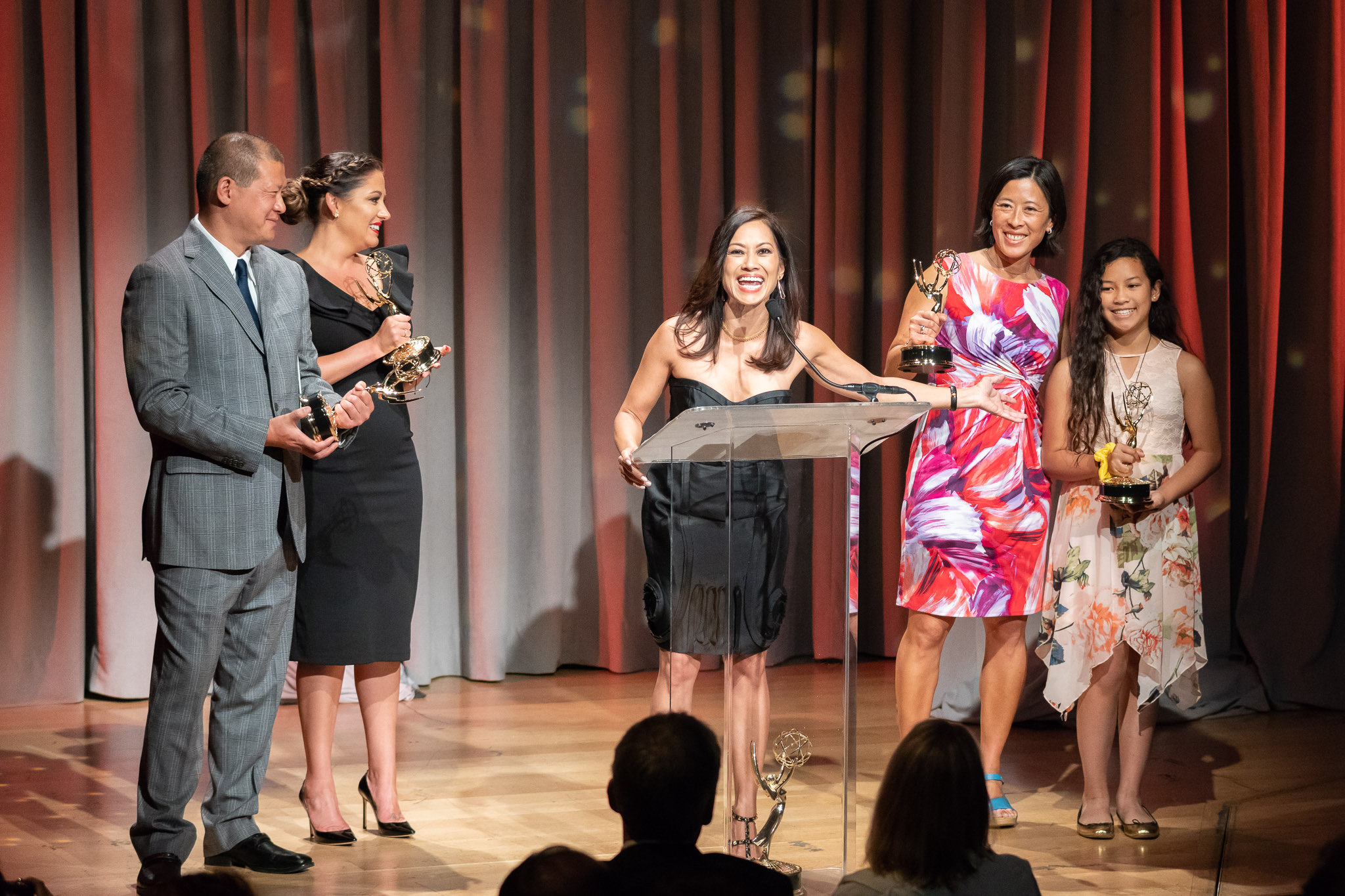 It was another night of glamour and excitement as everyone anticipated the recipients of the coveted 2018 NATAS Emmy® Awards at the SFJAZZ Center on June 2.

Besides the onstage award moments photographed by Ken Newberry, the Red Carpet poses in front of the statuette “step and repeat” were photographed by Michael Moya, and we had two roaming photographers – Kristine Krishnan and Susan Bradley – capturing the festive candids and behind the scene moments.

Jack Armstrong, one of the founding charter members of the San Francisco/Northern California Chapter of The National Academy of Television Arts & Sciences, has died. Armstrong passed away at a nursing home in West Virginia on June 6.

Seven Governors have been elected by the Members of the San Francisco/Northern California Chapter of The National Academy of Television Arts & Sciences.

The two-year term for the new Governors begins July 1, and they fill the vacancies of termed-out Governors and other Board openings.

Cynthia Zeiden Retires from NATAS Board of Governors After 21 Years

It is the end of an era for our Chapter with news that Cynthia Zeiden – who first joined the Board of Governors in 1997 as a Governor and who later became Chapter President – is retiring from the Board after 21 years.

Gary Radnich to Retire From KRON After 33 years

Gary Radnich, who through the years became legendary in the Bay Area not only for his long, storied tenure at San Francisco’s KRON but also for his unique brand of sportscasting, has announced he is retiring from the station he has called home since 1985.

Radnich, KRON’s main sports anchor for decades, will leave the station at the end of August. The station has yet to name a replacement for him.

Spencer Christian is, perhaps, the most recognized, most well-known weather anchor in the Bay Area television market. After many years with ABC’s Good Morning America as its weathercaster, Christian came to San Francisco in January 1999 to join KGO-TV ABC7’s news team.

A Journalist with Stars in His Eyes

At the suggestion of our Chapter President, Steve Shlisky, I’m humbly writing to you this month to discuss something personal that I wasn’t intending to talk about in Off Camera. But, after some thought, I decided to take up Steve’s suggestion, for if I can help someone in any way through the sharing of my story, then talking about this here in Off Camera will be well worth it. This isn’t so much about me as it is more about all of us aiming high and going for our dreams and not letting anything, or anyone, stand in our way.