Jack Armstrong, one of the founding charter members of the San Francisco/Northern California Chapter of The National Academy of Television Arts & Sciences, has died. Armstrong passed away at a nursing home in West Virginia on June 6. 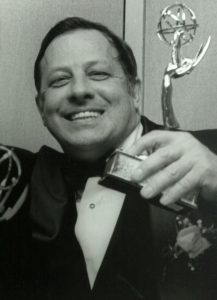 Inducted into the Chapter’s distinguished Silver Circle in 1988, Armstrong was an executive for TV Guide magazine, working as a station representative for many years. He also launched our Chapter’s Off Camera newsletter.

During his many years as the Chapter’s administrator, he performed the responsibilities with no salary. In fact, his countless hours and hard work through the years for the Chapter and for the national office of NATAS remain, to this day, incalculable.

During the early years of the Chapter’s annual Gold & Silver Circle induction luncheon, which was launched in 1986, Armstrong produced the event, which has been popular from the very beginning because it is much like a class reunion, unifying and reuniting television professionals from today and yesterday.

At the end of 1988, Armstrong decided it was time to retire, not only stepping down from his longtime position as station representative for TV Guide, but retiring as Chapter administrator. He presided over our Chapter during a very expansive period of growth, not only in sheer membership and financial numbers but also in the number of people within our Chapter region who became more involved with NATAS under Armstrong’s leadership and guidance.