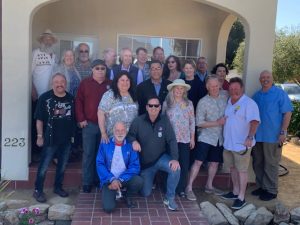 By Keith Sanders and Steve Steward

On Saturday, May 4th, nearly two-dozen former employees of KICU TV36, San Jose, gathered in Santa Cruz for the very first reunion in collective memory. Many in attendance had been present at the station’s very inception, having made the successful transition from the former KGSC, when Ralph Wilson Industries had acquired it, back in 1980. 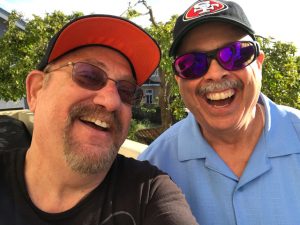 The “Ranch Hands” were joined by an equal number of friends and family to celebrate  “Quattro de Mayo”, a phony holiday, concocted specifically for the occasion. Primarily comprised of Engineering, Production, and News personnel, the number of guest attending would have equated to roughly half the number of staff employed during KICU’s heyday. 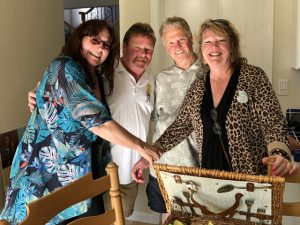 Hosted at the home of Cinematographer Steve Steward and his wife Nancy, a retired Arts Administrator and former KICU production intern, guests mingled casually on the grounds, enjoying hot Mexican food, cold drinks, and warm companionship, on what turned out to be a beautiful spring day on the Monterey Bay. 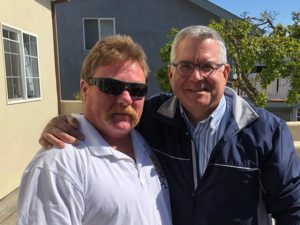 Approximately fifty guests enjoyed plenty of sunshine, fresh ocean breezes, and hours of companionship, jokes and tall stories. Despite any lapse in contact over the intervening years, old friendships were instantaneously rekindled, as if the 20, 30, or even 40 years of separation had never existed. When the party finally moved indoors, without instruction former colleagues pitched in seamlessly to make the transition effortless, just as they might have done during a production on-location, or in the studio, many years ago. 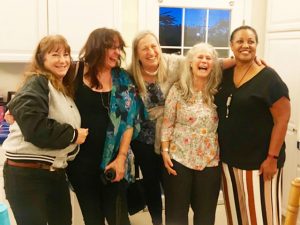 Collages of old photos were on display to help spur conversations. Alex Case, director of the “Seven-Thirty News” brought various forms of memorabilia and souvenirs to commemorate the occasion. 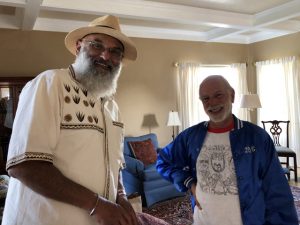 Don Thompson, currently Engineering Manager at KTVU, Oakland, had managed to dig up an ancient roast video, which featured several of the guests in attendance in compromising cameo performances — no doubt, for blackmail purposes.

Video Engineer, Guy Jones and his wife Belinda made the most extraordinary effort to attend. On location in Lake Tahoe the day prior to the reunion, he flew in from Reno, while simultaneously; she flew up from their home in Los Angeles, exclusively to attend the reunion. News Videographer, Dave Neugebauer called during the party from his home in Sweden in order to celebrate vicariously, despite the difference in distance and time zones.

Towards the end of the celebration a number of guests remarked on how this get-together might spur spinoff occasions down the road at various locations. This seminal reunion definitely accomplished one thing: It got everyone talking with each other again, after a lull of half a lifetime.