This issue of OFF CAMERA is dedicated to our beloved friend and colleague
Linda Giannecchini. She served NATAS 5 decades as Governor, President
and 8 terms as National Trustee. 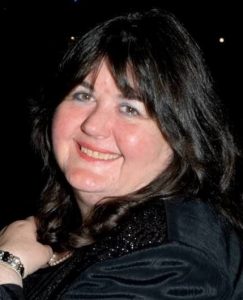 Applications are still being accepted for the $2,000 Linda Giannecchini Professional Development Scholarship, designed for those who already work in the TV industry and are in pursuit of a formal undergraduate or graduate degree.

Outpouring of Love for Linda Giannecchini

Linda Giannecchini was much respected throughout our local chapter, across the National Academy, and in broadcast television.

The 2019 NorCal Emmy® Awards: A Night To Remember

A total of 937 entries were received, 712 English and 225 Spanish in 64 English Categories and 45 Spanish Categories. By the end of the night, 397 Emmy® statues were handed out to 275 individuals. 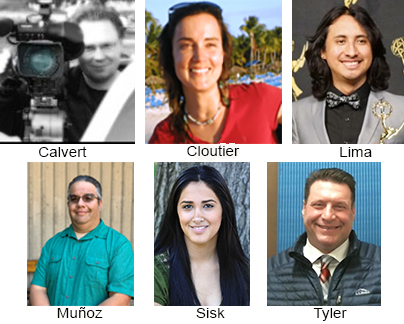 The NATAS Board of Governors at its June 22 meeting appointed six new Governors to the 2019-2021 term.

The changes come following a combined 63 percent increase in live-and-first-week viewing for the 2019 Daytime and Sports Emmy® Awards ceremonies this May, compared to 2018 broadcasts.

If you received an Emmy® Gold Statue, congratulations. As you’re aware those awards are for individuals who creatively participated in the entry. There is a way, however, you can reward other production members not entered on the award with you.

Our chapter is much diminished by this news. Linda was found deceased in her home on June 11th after missing a doctor’s appointment. She was battling a longtime illness.

The National trustees traveled a mile high to Denver for their biannual assembly.

Only those close to John Casey Zuchelli, whether friends or colleagues, would know that he and his family are an important part of California’s colorful broadcasting and television heritage.

While del Duca is not only a standout in the KNTV newsroom, she is also a standout on bookstore shelves and online as the author of a new book, Breaking Cadence.

Known to many as simply Pav, he began shooting Kings games when the team arrived in Sacramento decades ago. He’s covered countless Super Bowls, NBA Championships, and was greatly anticipating working the Warriors vs. Raptors games.

KGO’s 6 PM Newscast Producer Kate Eby is still beaming. She received her first Emmy after ten years in the business at the June 2019 Gala at the SF Jazz Festival.

Where Are They Now? KGO-TV’s Jim Wieder

“I knew that after the next couple of years, I achieved what I wanted to do, and I knew that my time was up as a journalist. It was time to do something else. By 2003, I had already started thinking about wanting to get into small business.”

Plante & Adams Back To Work In Palm Springs 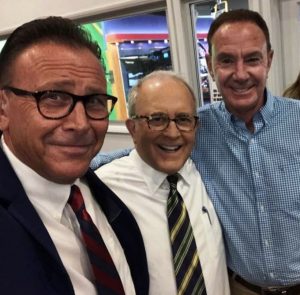 How lucky can one small-market southern California television station get when it manages to recruit two retired major-market veteran reporters from Northern California?

Linda Giannecchini was not only legendary in our television industry, she was an icon of The National Academy of Television Arts & Sciences, on the local level here in the Bay Area and on the national level.

Write to Off Camera Publisher Larena Hernandez at Lhernandez@email.jfku.edu.
Thank you!