Unlike any other awards ceremony, this year’s Golden Gala is a jubilee, celebrating 50 years of the San Francisco/Northern California Chapter of NATAS presenting the Emmy® statuette for excellence in television. We would like to congratulate all of the nominees. It is truly an honor to be considered for an Emmy® Award. Tune in June 5th  as we announce the recipients and hear their acceptance speeches.

Out of safety concerns because of COVID-19, once again the Golden Gala and Emmy® presentations will be virtual. But a celebration it will be, and fun will be had by one and all. Incorporated in the gala webcast – look for taste of elegance, excitement and surprise. 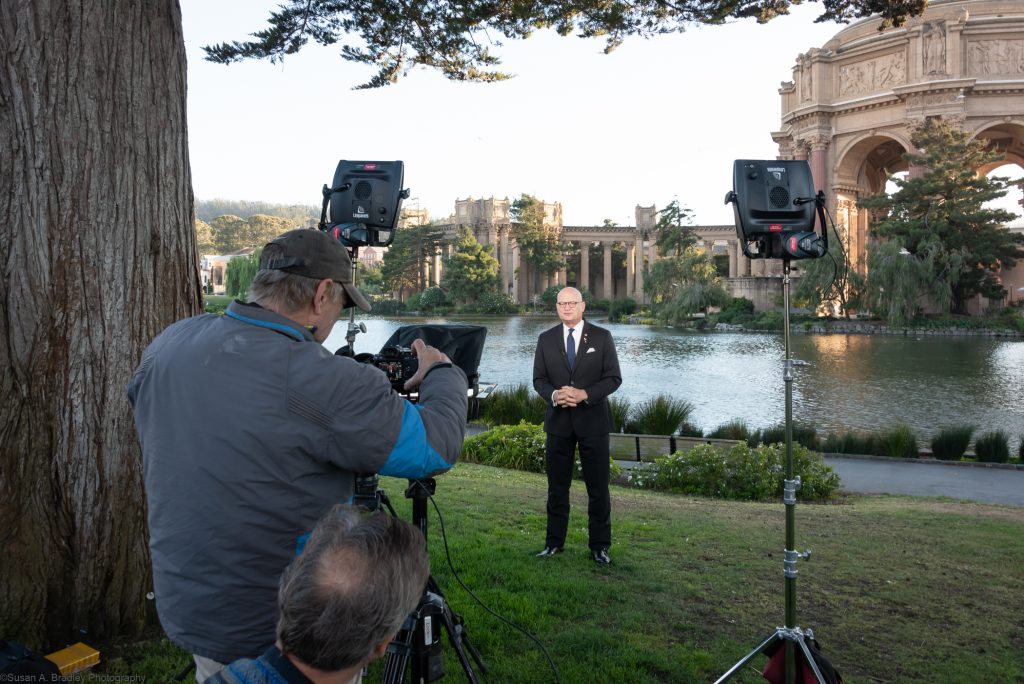 The show begins at 7 PM sharp on June 5, 2021 and you will be greeted by Awards Chair Wayne Freedman from the Palace of Fine Arts, an historical landmark with Emmy® history to honor the 50 year Golden Gala.  Our host/presenters this year from Sacramento: Edie Lambert & Gulstan Dart from KCRA 3 and Jairo Díaz-Pedraza from KUVS Univision 19; Reno: Tabnie Dozier, KOLO 8; San Francisco: Luz Peña, KGO ABC 7; Mill Valley: Vern Glenn, KPIX 5; and Honolulu, Hawaii: Pamela Young, KHON 2.  And of course, our announcer: Len Ramirez, KPIX 5. 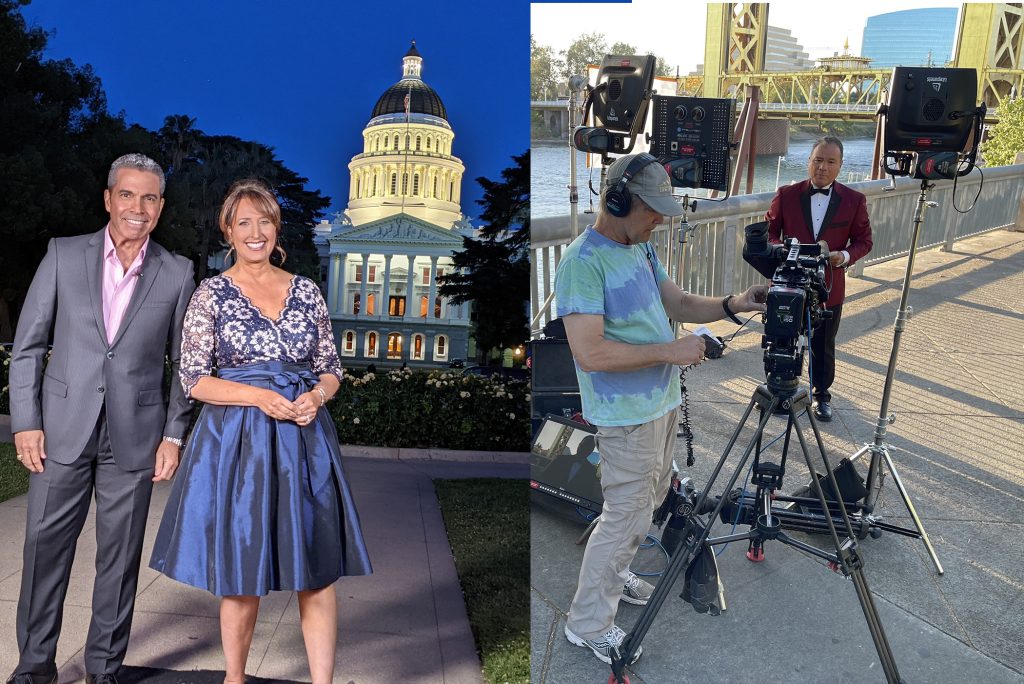 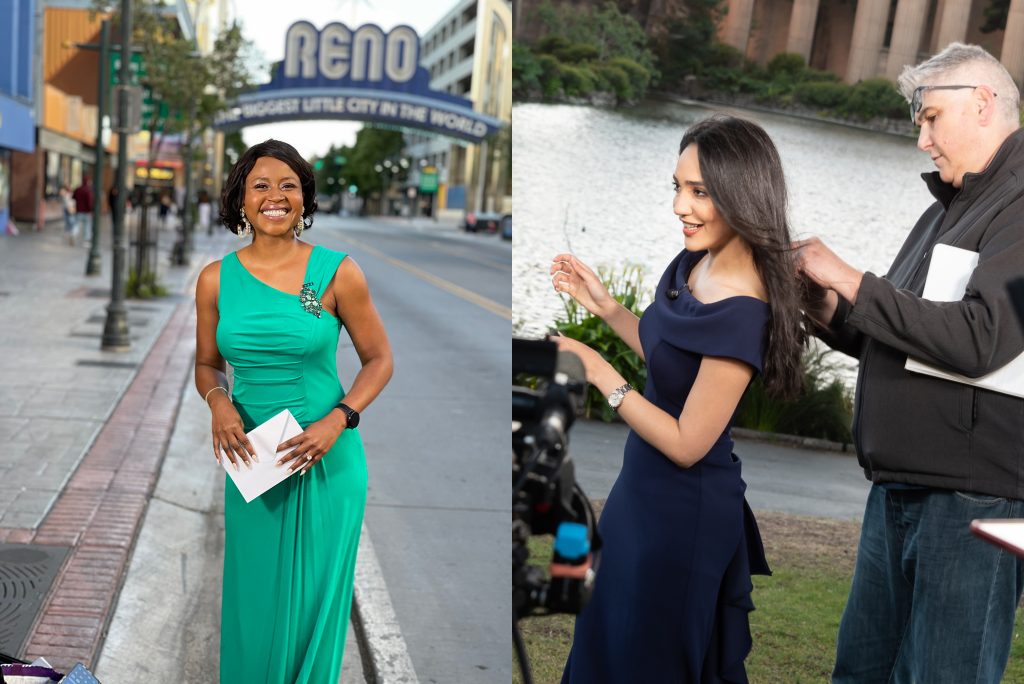 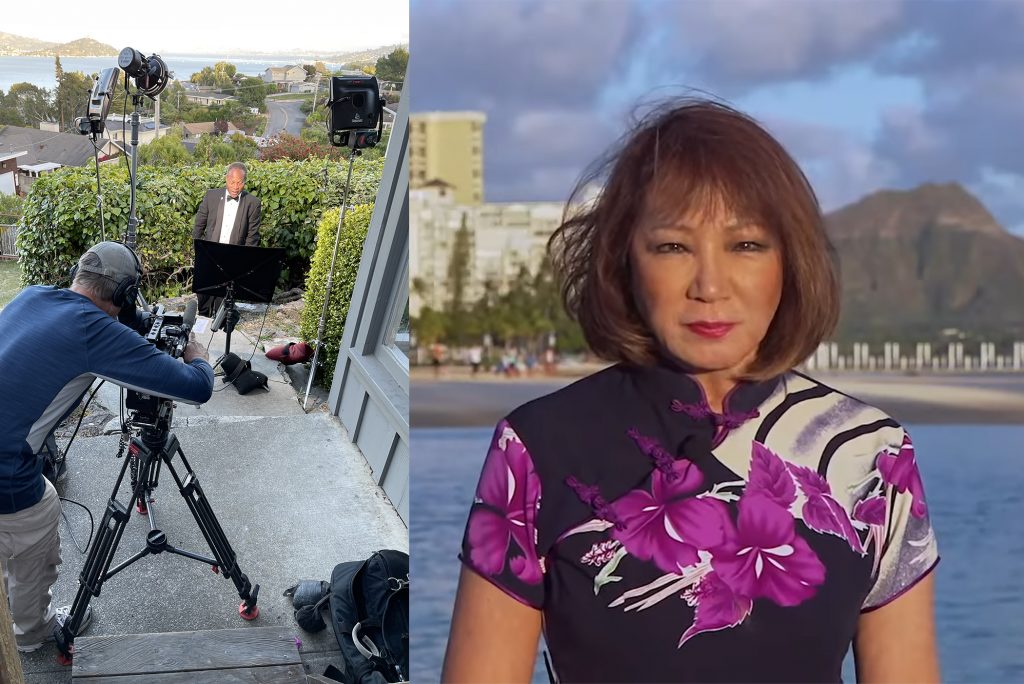 And now, some advice for viewing and participating in our virtual Golden Gala.

We’d love for you to post and share on all social media channels with our Emmy®-night hashtag #EmmySF50. Also join us on Facebook for live commenting and chat before, during, and after the show.

In addition to the 93 categories of Emmy® Awards being handed out we will also be presenting our Governors’ Awards (announced in last month’s Off Camera).  The Governors’ Award to Wayne Freedman, Reporter, KGO ABC 7 News; The Governors’ Citation to James Stimson, Assistant News Director, KCRA 3 and Steve Shlisky, former Producer/Editor at KTVU Fox 2 and now instructor at Laney College.  Steve will also be receiving his Past Presidents statue and life membership gold card from President Randy Forsman.  The Governors” Service Medallion to: John Catchings, Catchings & Associates, and Luis Godinez, News Director, KUVS Univision 19.  In addition, we will look back at Emmy® galas of the past with flashbacks and honor those who have passed with the Linda Giannecchini In Memoriam.

We hope you have ordered your 40% off Breathless Sparkling Wine to enjoy during the show – CODE EMMY40 for 6 bottles ($5 shipping!), CODE 3EMMY40 for the special EMMY 3-Pack. And we would like to thank you our show sponsor Cotchett, Pitre & McCarthy, LLP 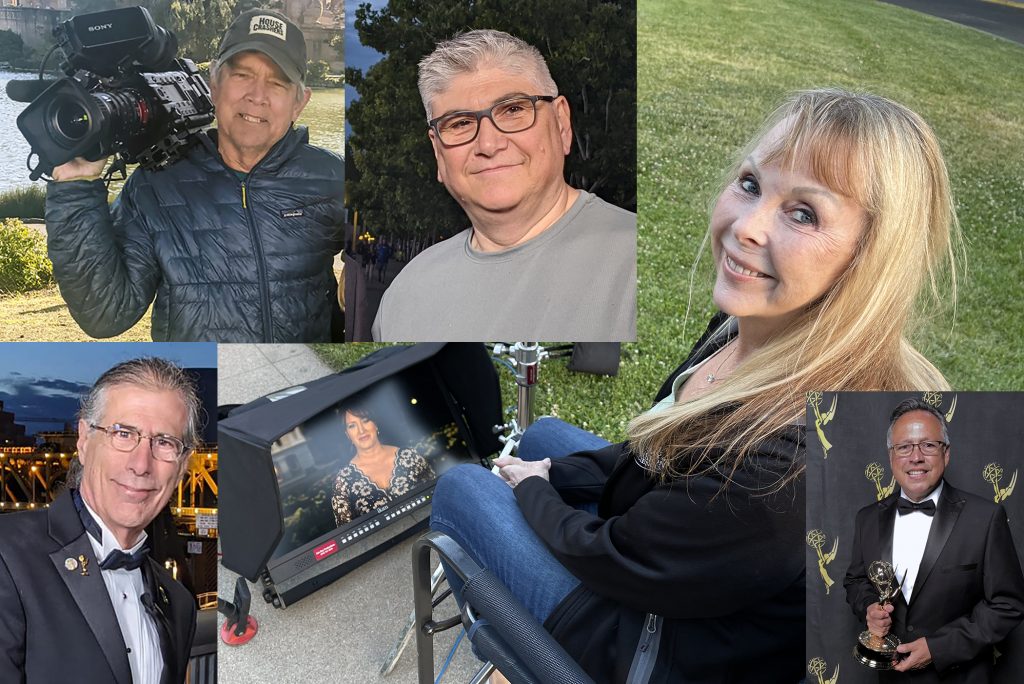