Edward R. Murrow Awards are out and the high honor is being revered among deserving broadcast journalists here in Northern California, specifically, the KQED Newsroom team. 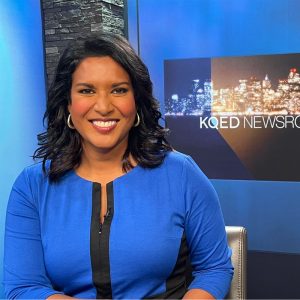 The newsroom is a weekly program showcasing interviews and discussions that impact viewers in the Bay Area. Hosted by Priya David Clemens, the broadcast is diverse and inclusive of underrepresented voices.

The piece is important because plastic is something used by everyone. It’s a part of everyday life. However, as the program points out, it’s also impacting health and the environment.

“New research is finding tiny particles of microplastics in the air we breathe and in the waters of the San Francisco Bay,” said Clemens. “In this special segment of KQED Newsroom, Lam looks at what the proliferation of plastic means and what California is doing to fight plastic pollution.”

Clemens was elected to serve as a Governor with the SF/NorCal Chapter of NATAS in 2021. She brings strength and that vast TV background  with her to share. She’s crisscrossed the country covering some of the most important stories of the early part of the millennium.

Her jobs with the network included being a national correspondent for CBS News (2008 – 2012), and anchoring the CBS Weekend Early Show. Clemens also covered pivotal events in history such as the financial meltdown of 2008. Clemens has also interviewed numerous public figures including Donald Trump, Warren Buffett and Kobe Bryant.

Dedicated to the profession, Clemens is determined to offer perspectives on TV that go beyond the headlines to inform viewers. She does that because, “We believe in providing news that’s fair, accurate and reflective of the community we serve.”