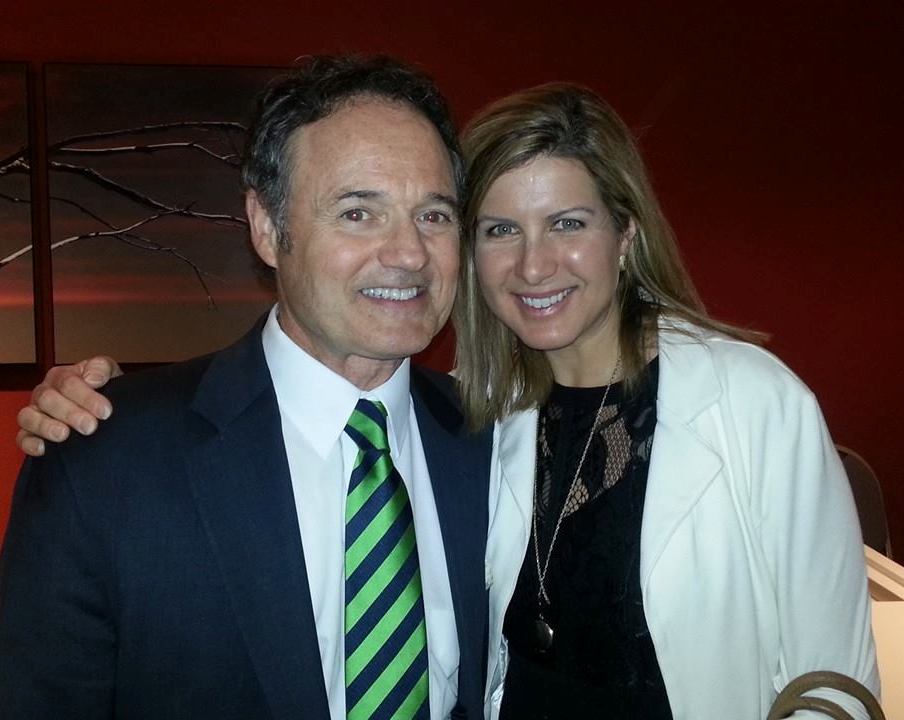 Nothing – more precious than our children. Sacramento ABC 10 Chief Meteorologist Monica Woods was at her desk in the newsroom February 19, 2018 when she got word of a shooting threat at McClatchy High School, the school her sophomore daughter attends. Following the horror, anger, and loss from the mass murder at Marjory Stoneman Douglas High School in Parkland, Florida, people are understandably on edge.

Woods works the night shift. Her husband is ABC 10 Morning Anchor/Reporter Walt Gray. The TV couple has three children. “These are scary times right now at the station,” said Woods.

“We have a lot of people reaching out to the station since the mass shooting in Florida,” said Woods. Seventeen people including many students were killed when a disgruntled 18-year-old went on a shooting spree at the Florida high school. 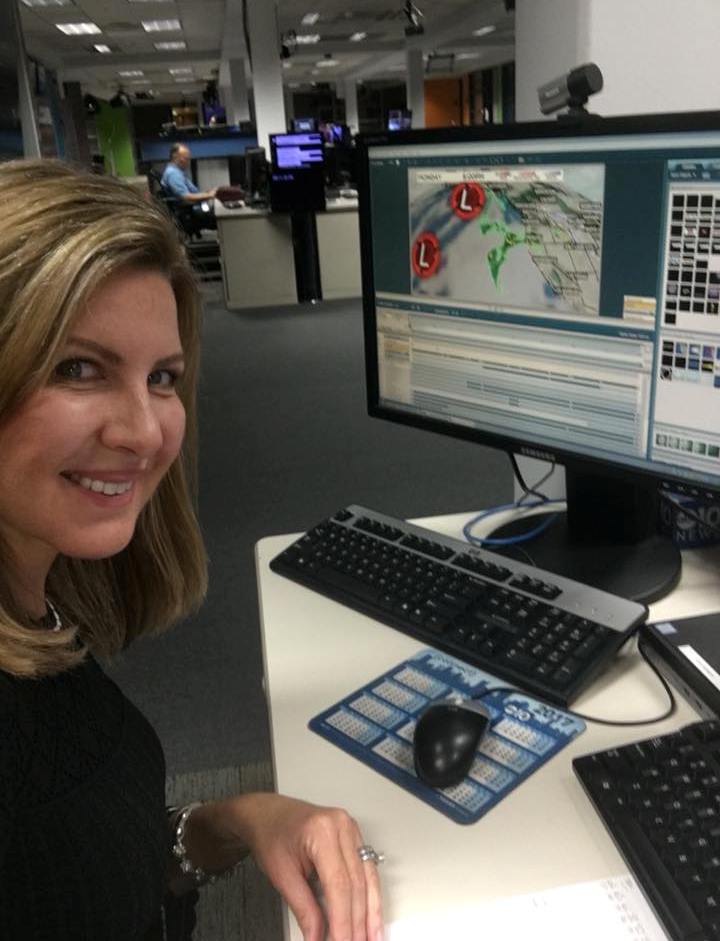 After hearing about the shooting threat at McClatchy, Woods checked with the ABC 10 Assignment Desk and was told that the threat was unfounded. “But there was very little information to go on,” said Woods. “I talked with Walt to put him on alert about what was happening to see if our daughter would be going to school.”

On Tuesday morning, February 20, Woods and Gray asked their daughter if she wanted to attend school. “She told us that nobody is going to school other than a couple of people and that she didn’t feel good about going,” said Woods.

Though TV news envelops the household – and not all news is good news – Woods firmly believes that fear is a powerful emotion that should be kept in perspective. “I talked with my daughter about the power of fear,” said Woods. “I told her that if we always live our life in fear and what could happen, we sometimes miss the beauty of the moment.” She said to her daughter that the decision to go to school was hers.

Letting it all sink in, five minutes later, her daughter announced that she would be going to class. “I told her I will be there for her,” said Woods. “I will have my phone with me at all times, and if you want to go home, I will pick you up, no questions asked.” 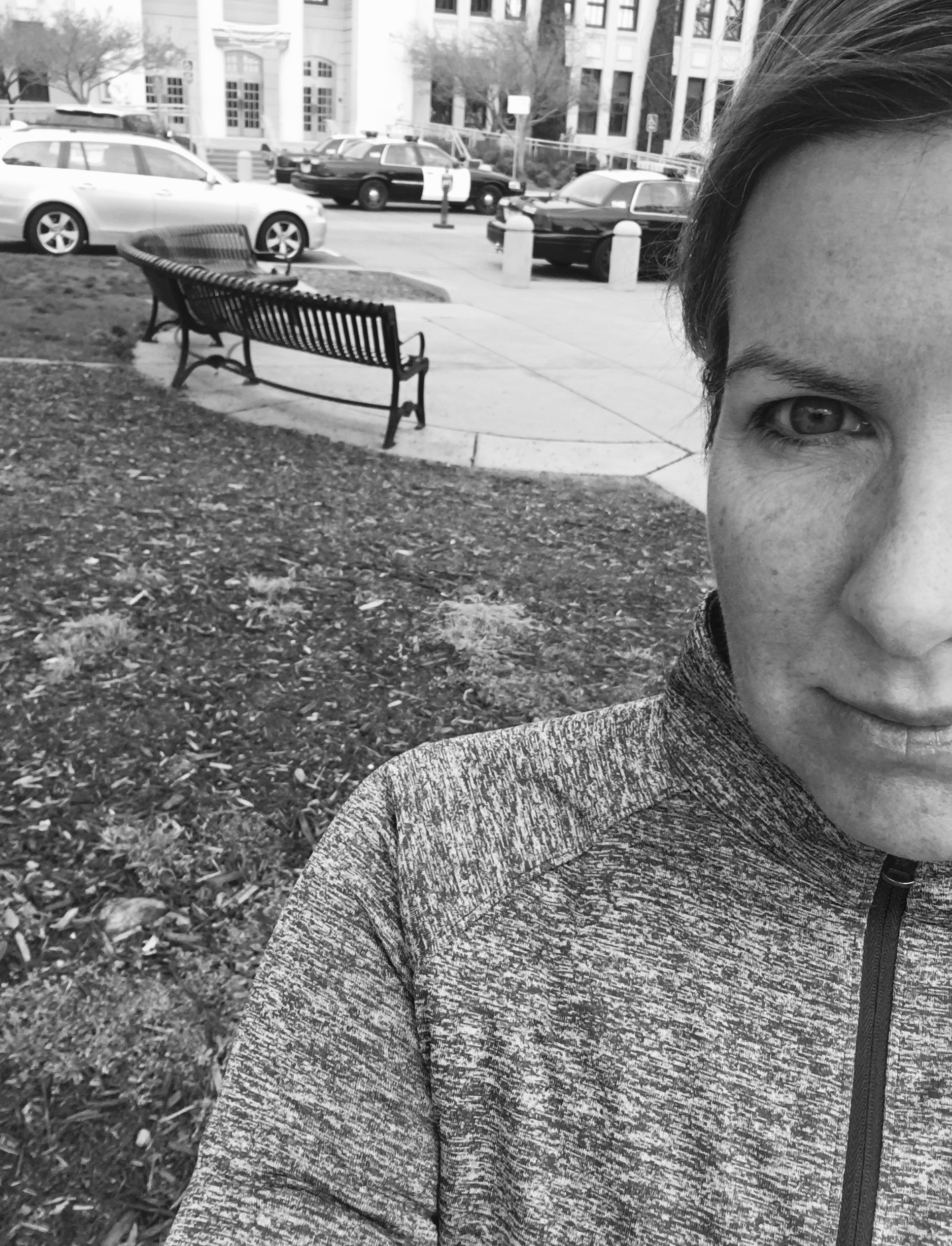 A black and white image of Woods after she said goodbye to her daughter is pensive and powerful.

Woods made the drop off at school in the morning amidst intense police presence. A black and white image of Woods after she said goodbye to her daughter is pensive and powerful. Wearing her running shoes, Woods went for a jog and then returned to the school. “After my jog and clearing my head, I just needed to go back to the school and observe,” said Woods.

The principal was doing a head count as kids walked through the door. Woods said that it was a tough day at the school but students, faculty, and administrators were not going to let fear run wild.

“Unfortunately, when we interviewed a panel of students after the Florida shooting, they told us this is happening all the time,” said Woods. “What a profound statement of the times we are living in.”