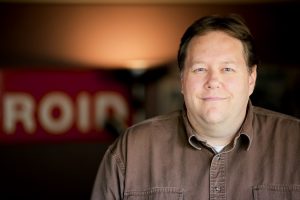 Tim Nielsen is a Supervising Sound Editor with over 20 years of experience working in television and film. His credits include Pirates of the Caribbean, Indiana Jones and the Kingdom of the Crystal Skull, Solo: A Star Wars Story, and Dark Crystal: Age of Resistance – and in this interview he talks about his work and the role of Supervising Sound Editor.

Doug Siebum (DS): How did you find your way into doing sound and more specifically, sound for film?

Tim Nielsen (TN): I was a graduate student at USC in Los Angeles. I had never given sound a second thought. I’m not particularly musical, I don’t play any instruments really. I wanted to be a cinematographer, I thought. But while at school, Gary Rydstrom came and did a lecture, and held a screening of Toy Story, that had just came out. Immediately I was drawn to the power and imagination of sound. That summer I applied for, and was accepted as, Skywalker’s first official intern. That led to a job as a supervising assistant fairly quickly after graduation.

TN: My first supervising job was Journey to the Center of the Earth 3D. The post production supervisor that we worked with in New Zealand on Lord of the Rings, and who became a friend, asked me to help out on that film, heading up to Vancouver and taking over the Supervisor duties. After that it was a mix of some supervising and editing back and forth for a few years before most of my work became supervising and sound design.

DS: What percentage of your time on a project is spent dealing with clients, administrative work like hiring people and dealing with budgets, and creative work such as sound design or cutting sound effects?

TN: It can vary quite a bit from show to show. Often I’ll have a co-supervisor, and often that person will handle quite a bit of that job as well. But a fair amount. The hiring doesn’t take long, we crew up the film as soon as we are able, once we have a schedule. Once the show is up and running, I would say the workload is probably something like 80% creative and 20% administrative for me. But there are of course some shows that tend to flip that ratio!

DS: How do you set up a schedule? 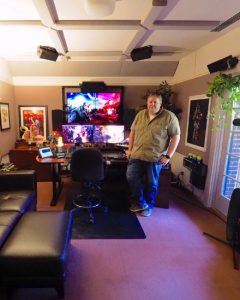 TN: We always work backwards from the release, and therefore the end of the deliverables and final mix. We’ll compare the budgets of other shows we feel are in the same family. So if we’re scheduling an animated movie, we might look at other animated shows we’ve done. Often the client will have a budget already in mind, and we’ll use those numbers to figure out how much time we can break that down into for various crew members and departments. But it’s always timed up to the release date. And often the clients already have a rough schedule in mind, there may be temp mixes, or early needs for the picture department.

DS: How do you know how many weeks is enough time? Does the company help you with that?

TN: Well it’s always really an educated guess. We’ll try and read the script at least. But we never really know for sure. But with 20 years experience you get a pretty good gut instinct of what a given show will take.

DS: Do you find the work or does the company assign clients to you?

TN: A mixture of both. I have some relationships with clients and companies, and also the company is always looking for projects to bring in. Rarely, but sometimes we’ll interview for jobs. It’s really quite a mix of all of the above.

DS: How did you find your team? Word of mouth? Assigned by the company?

TN: As the supervisor, it’s really up to me to hire who I want, crew is never assigned. I have a regular group of people that I tend to work with, but we’re a small enough company that I know everyone in the company as well. When putting a show together it’s a blend of your regulars, and if schedules don’t allow, then it’s finding out who is available and picking the people you feel are most right for the job.

DS: How often do you check in on the progress of your team members?

TN: Constantly. We all meet at least once a week, often on Monday mornings for a debrief about the coming week, make sure everyone knows what everyone is doing. Technologies like instant messaging allow fairly constant communication. We usually have lunch together, or at least some group of us. So that constant communication is really vital to a well run show. Everyone needs to know what I’m doing, and vice versa.

This article originally appeared in A Sound Effect.