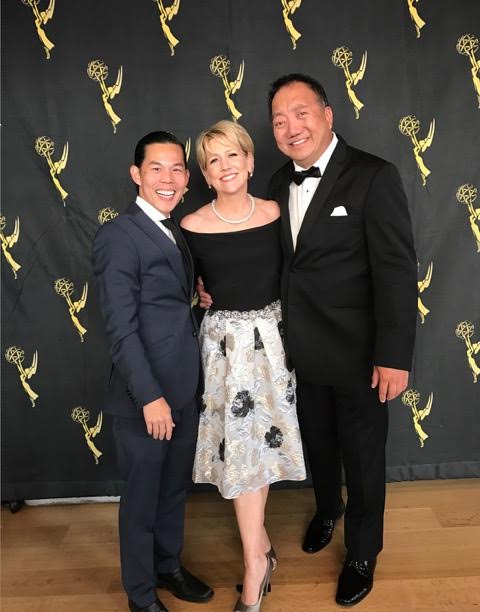 Once this year’s Emmy® Award recipients are honored with their statuettes at the 48th Northern California Area Emmy® Awards Saturday, June 8, at San Francisco’s glamorous SFJAZZ Center, they will be whisked offstage and onto the renowned Red Carpet to be interviewed for what has become an Emmy® Gala tradition this decade.

All of the Emmy® recipients will be escorted from the stage to the Joe Henderson Lab for Red Carpet photographs and interviews, all of which will be co-hosted by the trio of Da Lin of KPIX 5, Kim Stephens (SC 2014) of KMPH Fox 26 and Kevin Wing (SC 2013) of KNTV NBC Bay Area.

Lin, Stephens and Wing have been co-hosting the Red Carpet portion of the Emmys for the last six years.

Like the On-Stage awards presentation, the Red Carpet show will be streamed LIVE as part of the evening’s LIVE dual webcast at www.emmysf.tv.

More details about the Emmy® Gala will be featured in the June issue of Off Camera.