National Emmy® Awards for Daytime, Sports, and News & Documentary television programming, as well as achievement in television Technology & Engineering, will be recognized via remote video production for the remainder of the 2019-2020 awards cycle, the National Academy of Television Arts & Sciences (NATAS) announced.

The Academy had previously determined that the Daytime Emmy® Awards would proceed without in-person ceremonies but had continued to plan for Sports, News & Documentary, and Technology & Engineering events. Recent comments and proposed economic reopening timetables released by federal, state, and local officials in New York and Los Angeles indicate events of more than 1,000 attendees in close proximity will remain restricted as a result of the COVID-19 pandemic. 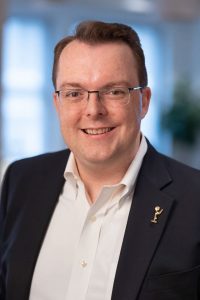 this year, it is also clear that there will be a lag of time between being permitted to have an event and being able to provide an environment in which all attendees feel safe and comfortable attending it,” said NATAS President & CEO Adam Sharp. “Ultimately, a single person-to-person transmission resulting in serious infection would be devastating evidence of mistaken judgment in proceeding.”

Awards in National Academy-administered Emmy® competitions will be presented instead in a series of productions later this year, leveraging multiple remote video production technologies to involve nominees and presenters. Program dates and times will be determined following upcoming nomination announcements for the Daytime Emmys® in May and the News & Documentary Emmys® this summer.

The NATAS programs will be available on all leading “Smart TV” platforms via the Academy’s forthcoming apps, as well as through other distribution partners.