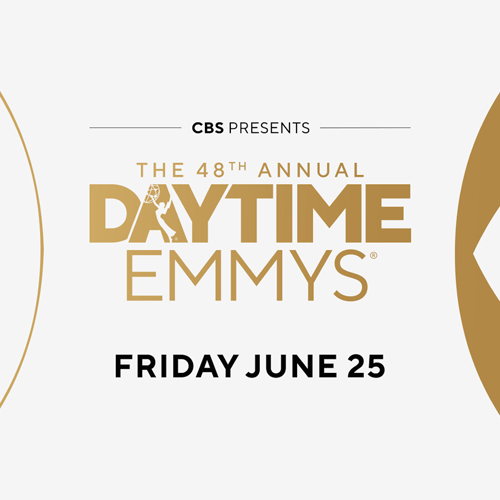 This is the first time since 2008 that one network will broadcast both the Daytime and Primetime Emmy® Awards in the same year. CBS last hosted both specials in 2005. Additional information about the broadcast will be available in the coming months.

CBS has been the #1-rated network in daytime television since 1986. Currently, the Network broadcasts the top-two game shows, The Price is Right (#1 network show in daytime) and Let’s Make a Deal, the top-two daytime dramas, The Young and the Restless (#1 daytime drama for 32 years) and The Bold and the Beautiful, and the Daytime Emmy Award-winning talk show The Talk.

The Daytime Emmy® Awards have recognized outstanding achievement in daytime television programming since 1974. The awards are presented to programs broadcast between 2:00 AM and 6:00PM, as well as all forms of children’s television programming and certain categories of streaming and syndicated content. This year’s Daytime Emmys® are the most competitive ever, with more than 3,100 submissions featuring content that originally premiered in calendar-year 2020, judged by a pool of peer professionals from across the television industry.

About The National Academy of Television Arts & Sciences
The National Academy of Television Arts & Sciences (NATAS) is a service organization dedicated to the advancement of the arts and sciences of television and the promotion of creative leadership for artistic, educational, and technical achievements within the television industry. It recognizes excellence in television with the coveted Emmy® Awards for News & Documentary, Sports, and Daytime television programming, as well as achievements in television Technology & Engineering. NATAS membership consists of more than 18,000 broadcast and media professionals represented in 19 regional chapters across the United States Beyond awards, NATAS provides extensive educational programs through its Foundation, including regional and national scholarships and Student Production Awards. For more information go to www.theemmys.tv

About Associated Television International
Associated Television International (ATI) is an Emmy® Award-winning, worldwide media company that has been in business for over 30 years as a full-service production and distribution entity. It is not only one of the top ten independent syndicators of original programming in the U.S. but has sold millions of DVDs and is a leading distributor in international markets. ATI programming has appeared on major U.S. broadcast and cable networks such as CBS, ABC, FOX, NBC, The CW, A&E, Syfy, Hallmark, and many others.