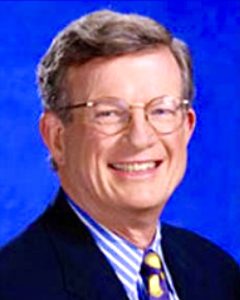 Joel Bartlett, who graced Bay Area television screens for more than three decades as a meteorologist for KPIX in San Francisco and later for KGO-TV, has died.

Bartlett was 81 when he passed away late Thursday evening, March 31, at his ranch in Sonoma County. George Lang, a family friend who worked as a cameraperson with Bartlett at both stations, said the veteran Bay Area TV weatherman died just before 11 p.m. at home, surrounded by his wife, Sahar, his family and all of his animals.

Just one day before his passing, Bartlett received an official city of San Francisco proclamation from Mayor London Breed in recognition for his many years as one of the Bay Area’s most favorite television personalities. 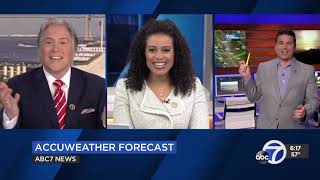 Bartlett was with KPIX from 1974 to 1989, when he joined KGO-TV that year. He remained there until 2006, when he decided to retire after 31 years on San Francisco television. He was inducted into the Silver Circle of the San Francisco/Northern California Chapter of The National Academy of Television Arts & Sciences in 2003.

Bartlett was born in February 1941 and raised in Arlington, Virginia. In 1962, he graduated from Virginia Tech University with a Bachelor’s degree in mechanical engineering. He joined the ROTC, then entered the U.S. Air Force, where he was eventually commissioned a second lieutenant. While in the Air Force, his superior officers told him that they wanted him to be a weatherman. They wanted someone with a math and science background, which Bartlett had. Soon, he found out how just how much he loved meteorology. In the late 1960s, he set his sights on moving to the West Coast. In 1968, he landed a job with PG&E as a staff meteorologist, based in San Francisco. After six years there, he was offered the weekend meteorologist job at KPIX.

It was at KPIX that Bartlett, unbeknownst to him at the time, would create something that would become his trademark through the years.

“We had a big weather map, and I’d write the temperatures on that map with a big Magic Marker pen,” Bartlett explained to Off Camera in 2012. “While doing the weather, I started flipping the Magic Marker in the air. I started doing it occasionally, then I started doing it every night, when it was appropriate. I’d then tell viewers to ‘go out and make it a great day.’” That line, and the pen-flipping, would become Bartlett’s signature. Viewers loved it. In fact, Bartlett estimates he dropped the pen only three or four times while live on the air, out of the tens of thousands of times of throwing pens in the air.

In 1989, when he joined KGO-TV, Bartlett was teamed with veteran KGO-TV meteorologist Pete Giddings along with the rest of the station’s weather team to become “The Naturalists”. In addition to reporting on the weather, each filed news stories about ecology, nature and the environment.